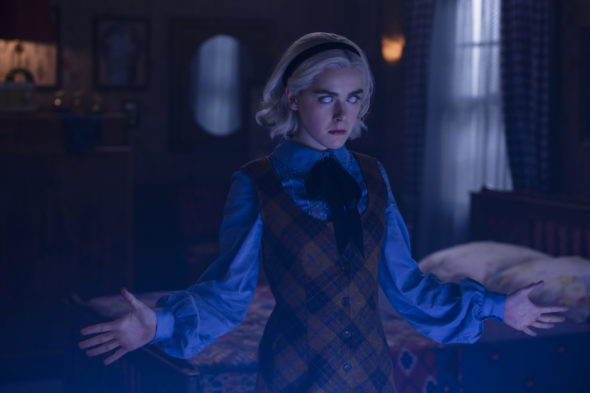 The tweet revealed that this cast will be joined by “#The100 alum @JonWhitesell as Robin, a mischief maker who develops feelings for Theo; Skye Marshall as Marie, a voodoo priestess whose help comes at a price; Sam Corlett as Caliban, a so-called Prince of Hell who challenges Sabrina.”

They will all appear on part three of the series, but it was not revealed exactly when during the upcoming episodes they will appear.

The Chilling Adventures of Sabrina will return to Netflix on January 24.

What do you think? Are you excited to see these new faces on Chilling Adventures of Sabrina in January?

Please keep this show in production.