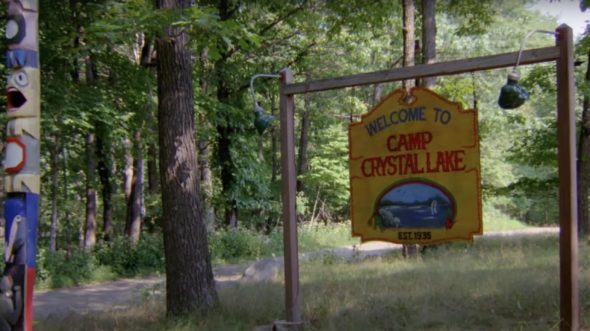 Get ready to return to Camp Crystal Lake. Peacock has ordered a prequel series to the Friday the 13th franchise. Bryan Fuller (Hannibal) is behind the new series. The franchise’s story revolves around the fictional character, Jason Voorhees. He was believed to have drowned as a boy at Camp Crystal Lake, thanks to negligence by the staff. Many years later, the camp is believed to be cursed and is the site of numerous mass murders.

· Series details are being kept under wraps.

· “Friday the 13th is one of the most iconic horror franchises in movie history and we were dying to revisit this story with our upcoming drama series Crystal Lake,” said Susan Rovner, Chairman, Entertainment Content, NBCUniversal Television and Streaming. “We can’t wait to get to work with Bryan Fuller, a gifted, visionary creator who I’ve had the pleasure of being a longtime friend and collaborator, along with our incredible partners at A24, in this updated version for Peacock that will thrill long-standing fans of the franchise.”

· Bryan Fuller: “I discovered Friday the 13th in the pages of Famous Monsters magazine when I was 10 years old and I have been thinking about this story ever since. When it comes to horror, A24 raises the bar and pushes the envelope and I’m thrilled to be exploring the camp grounds of Crystal Lake under their banner. And Susan Rovner is simply the best at what she does. It’s a pleasure and an honor to be working with her again.”

A premiere date and casting will be announced at a later time.

An earlier television series, titled Friday the 13th: The Series, aired in syndication for 72 episodes, from 1987 until 1990. It did not have any direct connection to the film franchise.

What do you think? Are you a fan of the Friday the 13th franchise? Are you excited to see Crystal Lake on Peacock?