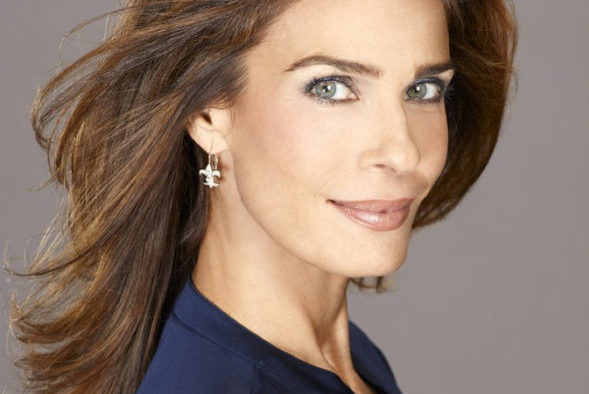 Days of Our Lives is losing one of his stars. Kristian Alfonso is leaving the daytime series after 37 years as Hope Brady. The actress revealed her departure in an Instagram post.

She said the following about leaving the NBC soap opera:

“Days of Our Lives has been a vital part of both my personal and professional journey. I am forever grateful to NBC and the late Betty Corday, who took a chance on me many years ago and changed my life. I have built some lifelong friendships with my extraordinarily talented castmates. Days has one of the hardest working crews in all of television, many of whom have become part of my extended family.

I feel blessed and honored to have been invited into people’s homes for over three decades. However, it is now time for me to write my next chapter. I will not be returning to Days when it resumes production in September. I’ve already filmed my last episode several months ago.

Finally — to the incredibly loyal fans of Days — many of you have been with me on this journey from the beginning. I cannot thank you enough for your generousity, love and support. I could not have done it without YOU!!!”

It was announced last week that production would resume on the series on September 1st. Days co-star Freddie Smith discussed Alfonso’s departure in a video.

What do you think? Are you surprised by Alfonso’s exit? Will you miss her character on Days of Our Lives?

I have watched Hope for as long as I can remember . I watched her and Bo marry . She will be greatly missed . That may be it for me watching Days. For them to want her to leave for 4-5 months and come back is ridiculous. They should have given her another love story. The writers have failed her and the show. They should be the ones leaving and new writers brought in. They have had some ridiculous story lines. It’s not like it once was for sure.wish you the very best and you will be greatly missed

0
0
Reply
she will return

she left before, im sure she will return at some point….given that the soap is not cancelled in the next few years

Saddened and shocked…..I wish her the best.

I’ve been a fan 1978-1979 l will really miss her a lot its been awesome thank you all for this beautiful show. Please don’t ever stop .

I am surprised, but can’t say I blame her. Not sure if her decision is partially based on the pandemic or if her final scenes were taped long before it. But it’s been obvious for awhile now that her character of Hope Brady hasnt had much of a purpose in her life. Was hoping Hope and Rafe would get back together. I will miss her terribly. She was one of my favorite actress’s on the show.

I hated Hope and Rafe. It was only Bo and Hope ATW. This is probably going to be the final nail in DOOL’s coffin ⚰