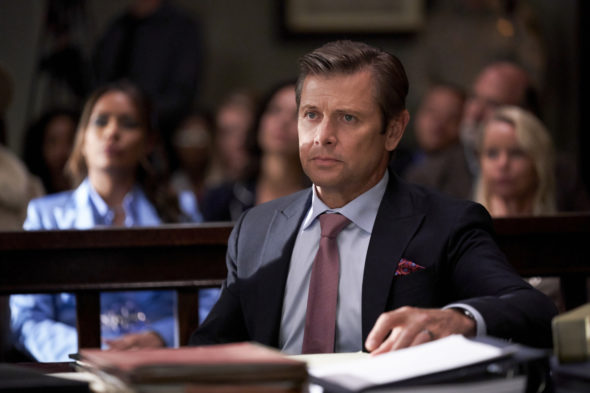 The outrageous tale of the Carringtons will continue. The CW has renewed Dynasty, the network’s Friday night soap opera, for a fourth season.

Dynasty stars Elizabeth Gillies, Maddison Brown, Sam Adegoke, Robert Christopher Riley, Rafael de la Fuente, Daniella Alonso, Sam Underwood, Adam Huber, and Michael Michele, with Alan Dale and Grant Show. A reboot of the 1981 drama series, this show centers on the wealthy Carrington family and their energy empire which they must defend against the Colbys and other adversaries, as well as from each other. In season three, the Carrington family faces the unknown on all fronts — business, family, and love — with plenty of shocking twists along the way. Blood is thicker than water, but is it more important than oil? That remains to be seen.

Season three of Dynasty resumes on January 17th. Season four will air as part of the 2020-21 television season which kicks off in Fall 2020.

What do you think? Are you a fan of the Dynasty TV series? Are you glad that it’s been renewed for a fourth season?

So glad new season on right now enjoy it and love it. Look forward every episode of it. So good never missed any episodes of it this season started watching.

So glad it is coming back. My only question now is when?

I love Dynasty and so do all of my friends

Happy that it will be returning!! I cannot wait!

I am glad it was renewed. Very addicting and entertaining. My Friday night guilty pleasure. Can’t wait for season 4!!!

Love this show! Elizabeth is the best I so enjoy watching her act. I’m very excited for season 4. Even though I love the show season 3 wasn’t so great but I’m still watching it.