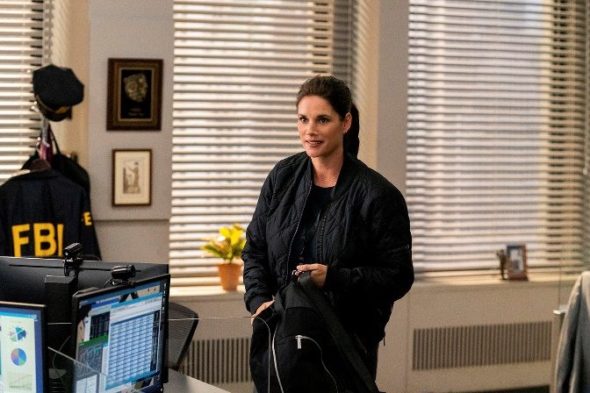 FBI viewers now know when Missy Peregrym will return to the CBS procedural drama. Special Agent Maggie Bell will return to work on the episode set to air on November 15th. The character had been on medical leave following exposure to a chemical weapon. The storyline was created to cover Peregrym’s maternity leave. Her daughter was born in June.

The moment you’ve all been waiting for — @mperegrym is finally back! 🎉 Catch her return during an all-new episode of #FBICBS Tuesday, November 15 at 8/7c. pic.twitter.com/fEwm56jldV

Peregrym posted a video of her baby visiting the set.

More details about the episode were also revealed by the network in a press release.

“Ready or Not” – Maggie returns from medical leave in time to help the team investigate two homicides: a law student on track to attend the FBI Academy and a young man with possible gang ties. Also, an inadvertent revelation from Maggie causes OA to worry that she is rushing back into the job too quickly, on the CBS Original series FBI, Tuesday, Nov. 15 (8:00-9:00 PM, ET/PT) on the CBS Television Network, and available to stream live and on demand on Paramount+*.

What do you think? Are you excited to see Peregrym return to FBI next month?

Will be so glad to see Maggie back. Really like her and OA together, their dynamics are superb.

I am so mad. They premiered a great show last season called The Endgame. It was so good. Some brains went into the storyline. But this great show was cancelled because of ratings. Do they not realize that most people stream tv shows nowadays? That won’t show up on their list. Another network definitely needs to pickup this show. It was awesome!

I am so happy that Maggie is back.

Yes, I can’t wait. I really missed her. The blonde was ok, but she has been there from the start and is so a part of the team.

Wow I thought they 86 her