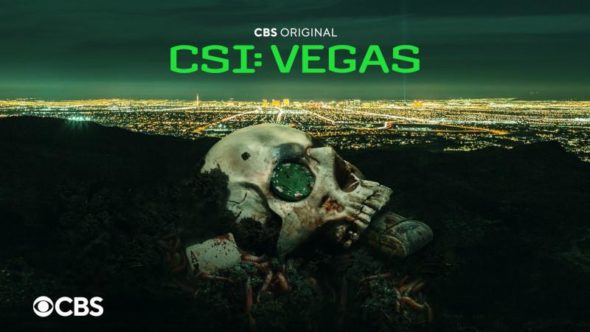 CBS has locked in another regular from the original CSI series to return for season two of CSI: Vegas. Marg Helgenberger has signed a one-year deal to return as a series regular, per Deadline.

Her character, Catherine Willows, appeared on CSI for 12 seasons and will join CSI: Vegas to work alongside the new team played by Paula Newsome, Matt Lauria, and Mandeep Dhillon. Helgenberger’s return comes after Mel Rodriguez and original series co-star Jorja Fox announced their departures in recent weeks. Original CSI star William Petersen reprised his role for the first season but declined to return when the series was renewed.

I have something to tell you. Catherine Willows will be joining us for Season Two of #CSIVegas. pic.twitter.com/Sx6cUReFFP

Helgenberger shared her own post on social media about her return.

CSI: The Gift That Keeps On Giving! So excited to be joining the talented team on ⁦@csivegas⁩ Huge thanks to all that made this happen! ⁦@cbstv⁩ ⁦@BRUCKHEIMERJB⁩ https://t.co/BBdOphI67d

It was announced earlier this week that Helgenberger will also be returning for the third season of All Rise in a recurring capacity. The courtroom drama was cancelled by CBS in May 2021 but was revived by OWN.

What do you think? Are you excited to see Helgenberger back for CSI: Vegas?

Sometimes shows run their course, and this one did that. The current trend for reincarnation of old shows is a little dull, it shows an utter lack of imagination… on a show like this I suppose its easy enough to write a new story for each week, with some over arching story across the series, but, can’t we have something new, creative, imaginative. Bringing back old shows with old plot points and even older cast members just seems, well lacking. It was a terrific show, let its legal stay as that.

Thrilled Marg is back for CSI Vegas!!

Sure hated to hear that Jorja and William aren’t returning, they’re good together and I wish them all the best. So good to see them bring back that element of relationship mingled with suspense and case mystery solving. So excited! This is good news, I hope Marg will be with us for more than one season, but glad to hear the great news that she is returning and bringing back her field of expertise. Yes I’m excited and if you can get them all to come back simultaneously that would be wonderful.

Not real excited, never really one of my favorite characters.
Sorry I mean no harm, just something about her..

Could only be better news if Sidle and Grissom were joining her.

I really liked Marg in the original show and so looked forward to the return. And it was great to see Petersen & Fox back as Grissom & Sarah. I had hoped it would be renewed but when it was announced that they were not coming back that just ruined the whole reason for the show.. So I wish them well but bet most of the fans who were enticed back by seeing Petersen & Fox again will give the new show a pass!

I love that they are going to be bringing Catherine back for Season Two. Hell it was nice to see Gil, Sara, Jim and David in Season One. Just to bad we couldn’t get the whole gang from the old series back together as well. so I will take what I can get of the old and new.

GREAT now get more of the ones that played in the first years of CSI back playing their rolls they had because CSI should NEVER EVER have been dropped in the first place for it was an AWESOME show then and still is ?????? AWESOME YOU FINALLY BROUGHT IT BACK MAKES WACHHING CRIME DRAMAS SO MUCH BETTER NOW !!!!!!!

One of my characters. Now get Nick back.

Look forward to seeing it every Wednesday night crime drama. Enjoy it and love it.