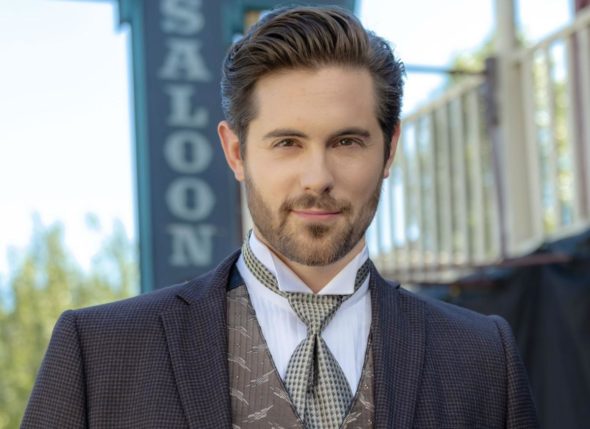 When Calls the Heart actor Chris McNally has been cast in two more series in recurring roles. He will appear in the prequel series Grease: Rise of the Pink Ladies on Paramount+ and season two of Firefly Lane on Netflix.

Deadline revealed details about his role in Grease: Rise of the Pink Ladies:

“McNally will play Mr. Daniels, a young, cool teacher, so he’s well-liked by many, but he is actually a bad guy who threw a 16-year-old student under the bus for coming onto her, and tries to gaslight her into thinking he didn’t.”

The actor will also play a teacher on Firefly Lane, but in a very different role:

“McNally will play Mr. Waverly, a charismatic new English teacher who pushes Kate and Tully out of their comfort zones and inspires them to reach for new heights.”

When Calls the Heart will return to Hallmark Channel for its ninth season on March 6th. Premiere dates for Grease: Rise of the Pink Ladies and Firefly Lane season two will be announced later.

What do you think? Are you excited to see McNally in these new roles? Do you enjoy watching him on When Calls the Heart?

no i wood like him to leave when calls the heart

I love Chris McNally, for his sexy dimples, his intense, dark eyes, but most importantly, for his awesome talent as an actor. He’s my absolute favorite! I enjoy watching the Hallmark movies and series. However, I’m happy that he is doing shows for other networks to broaden his exposure and experience. Can’t wait to see him on Paramount and Netflix!

Can’t wait to see him in WCTH and Firefly Lane. I love both series and can’t wait for Season 2 if FireflyLane..

I’m extremely happy Chris was chosen in When Calls The Heart. It makes perfect sense. Similar in background and upbringing he is the better choice.

I love Chris McNally. I’d watch him in anything. He is so GORGEOUS. Would love to see him in a romantic movie or series. ❤❤❤❤️‍

Like Chris McNally in any role. He is a handsome BEST actor in show business. Love his dimples, hair and eyes. Watch him
In any role.❤️❤️

Absolutely love Chris McNallly. He is so fine as Lucas Bouchard. Love his Lucas character. He and Erin just steal my heart with their characters on WCTH. Wish Hallmark would cast Chris in more movies. Please!!

Our family members are fans of Chris McNally, not only in his role of Lucas in WCTH, but many of his previous acting roles: Heaven, Johnny Apple Jack, Freefall, as well as numerous Hallmark movies. We look forward to seeing Chris in these new acting adventures as he continues to share his tremendous acting abilities with his fans. You go Chris!!!