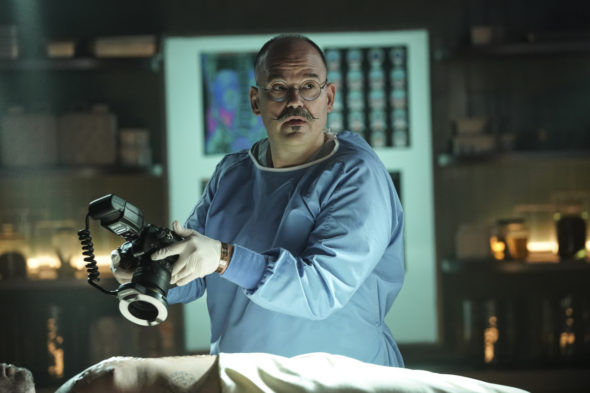 CSI: Vegas is seeing another exit. Mel Rodriguez announced his departure only days after Jorja Fox announced her withdrawal from season two via her Twitter account, per Deadline. William Petersen opted not to return to the sequel series at the end of the first season.

Rodriguez starred as Chief Medical Examiner Hugo Ramirez in the series, and he will not return as a series regular. He could return for a guest appearance during season two, however.

What do you think? Are you surprised to hear of Rodriguez’s exit from CSI: Vegas? Do you plan to watch season two on CBS?

Been a fan of Mel Rodriguez since “Last Man on Earth”, and his character on CSI:VEGAS was interesting. Will miss him.

As much as I liked the original C.S.I. I was unimpressed with Grissom this reboot. He just felt hollow to me, but Sarah was the same as before. I did like the boss lady, but the rest were forgettable, mainly because that is what is expected of a realistic forensic technician.
I wonder if anyone of you recognized the coroner as the sucker famway neighbor in “How To Be A God In Southern Florida” he really lost a lot of weight between that role, and this one.