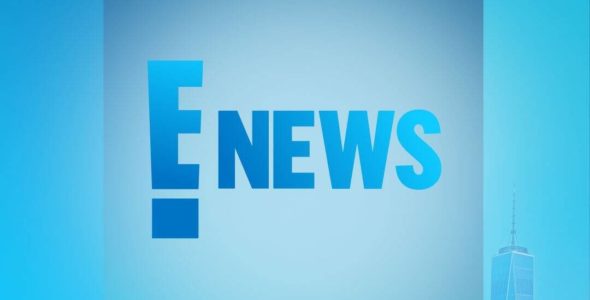 E! News is returning to E! Television with new hosts. The cable channel has revived the nightly celebrity news series and new episodes will begin airing on November 14th. Adrienne Bailon-Houghton and Justin Sylvester will serve as the hosts. This series revival comes not long after the cancellation of Daily Pop and Nightly Pop.

E! News left the airwaves in August 2020 after 20 seasons on the air. Lilliana Vazquez and Scott Tweedie were the hosts in the show’s final days.

E! revealed more about the return of the series in a press release.

Veteran television producers John Redmann and John Pascarella will executive-produce the broadcast, which will have an emphasis on celebrity-friendly, fact-based reporting and serve as a platform for personalities to connect with their fans.

“‘E! News’ has a long history of entertainment news excellence, and we are excited to bring the show back and continue its legacy,” said Tracie Wilson, Executive Vice President, NBCUniversal Syndication Studios and E! News. “John Redmann and John Pascarella are strategic, respected executive producers with stellar reputations and Justin and Adrienne are charismatic, seasoned hosts with a genuine interest in pop culture. This is the perfect team to bring a fresh take to this franchise.”

The reimagined “E! News” serves as the premiere late-night destination for movie, music, television and pop culture fans. Justin and Adrienne will breakdown the hottest entertainment news of the day, conduct in-studio celebrity guest interviews and bring all the hottest trends and exclusive scoop from movie premieres, award shows and concerts making sure viewers are kept current on all the day’s top stories.

The “E! News” brand is the leading multi-platform publisher delivering breaking entertainment news and pop culture coverage 24/7 across linear, EOnline.com and all digital and social media.

What do you think? Are you excited to see the return of this series on E! Television?