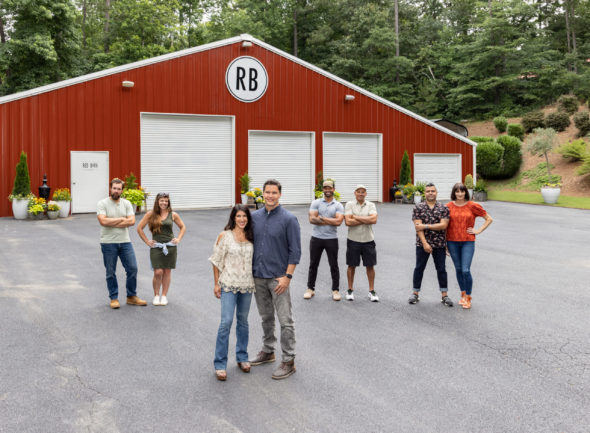 Flipping Showdown is coming soon to HGTV. The new competition series will premiere next month and a teaser trailer has now been released. Ken and Anita Corsini (Flip or Flop Atlanta) will help the contestants on the series as they try to win $100,000 cash and the chance to start their own real estate/flipping franchise.

HGTV revealed more about the competition series in a press release.

“In HGTV’s latest competition series, Flipping Showdown, premiering on Wednesday, November 17, at 9 p.m. ET/PT, Ken and Anita Corsini, owners of Red Barn Homes, LLC a top-rated real estate business in Atlanta, will give a once-in-a-lifetime opportunity for renovators and flippers to get $100,000 cash and the chance to start and grow their own real estate/flipping franchise. During the six-episode series, the Corsinis, flipping experts who have bought, sold and renovated over 800 homes since starting their own business, will invest more than two million dollars of their own money for the flipping competition — including providing the nine homes required for the series and the accompanying budgets for each renovation challenge, sometimes surpassing $90,000.

The power couple, who first rose to fame as stars of HGTV’s Flip or Flop Atlanta, will judge the work of three teams as they renovate three properties each within a set time and budget. Faced with unexpected expenses, crunched timelines and a long list of judging criteria, the teams will need to put their imaginations and business savvy into overdrive to max out each home’s value. The team that delivers the most added value will win a career-launching prize–a chance to join the Corsini’s thriving business team with a franchise in their own hometown.

“This is the ultimate job interview,” said Anita. “We want these competitors to fight hard for the chance to join our successful business, and we need to make sure they have what it takes to be a part of our brand that we worked so hard to build, ” added Ken.

The Flipping Showdown competitors include Colin and Christina Beck of Cincinnati, Ohio; Michael and Amy Gomez of Nashville, Tennessee; and brothers Cam Griffith and Chris Carter from Pensacola, Florida, and Washington, D.C. The series will kick off with a starter-home challenge and $30,000 budget that sends the teams into turmoil as they try to manage the tight six week timeline and the set renovation allowance. As the competition continues, the teams will renovate three homes from top to bottom and show off the best of their renovation, design, project planning and brand building in hopes of winning the biggest career jump of their lives.

Check out the trailer for Flipping Showdown below.

What do you think? Do you plan to check out Flipping Showdown on HGTV? Do you enjoy real estate series?

Absolutely I will be watching!