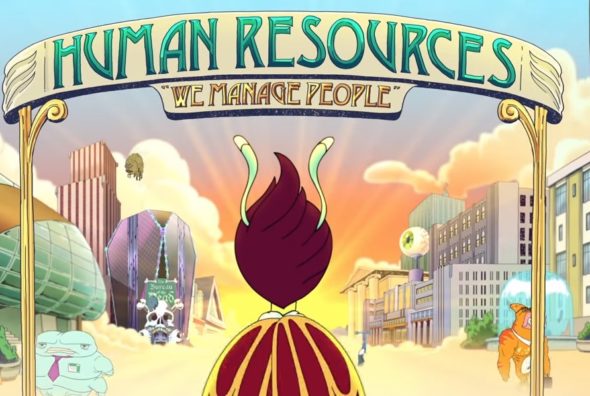 Human Resources is coming to Netflix in March. From the creators of Big Mouth, the upcoming adult animated series features the voices of Rosie Perez, Jemaine Clement, Thandiwe Newton, Bobby Cannavale, Henry Winkler, and Maria Bamford. The show is a spin-off of Big Mouth and follows a group of creatures that help humans journey through every aspect of their lives.

“From the inventive minds that brought us the award winning adult animation favorite Big Mouth comes the even edgier and adult-ier Human Resources. The spin-off pulls back the curtain on the daily lives of the creatures – Hormone Monsters, Depression Kitties, Shame Wizards and many more – that help humans journey through every aspect of life from puberty to parenthood to the twilight years. It quickly becomes clear that though the protagonists are creatures, they have a lot of humanity themselves. Featuring an all-star voice cast – including Nick Kroll, Maya Rudolph and David Thewlis reprising their Big Mouth roles as well as Aidy Bryant, Brandon Kyle Goodman, Keke Palmer, and Randall Park among others – Human Resources is not your normal day at the office. The series is co-created and executive produced by Kelly Galuska, Nick Kroll, Andrew Goldberg, Jennifer Flackett and Mark Levin.”

Check out the teaser for Human Resources below. The series arrives on March 18th.

What do you think? Are you planning to check out Human Resources on Netflix?