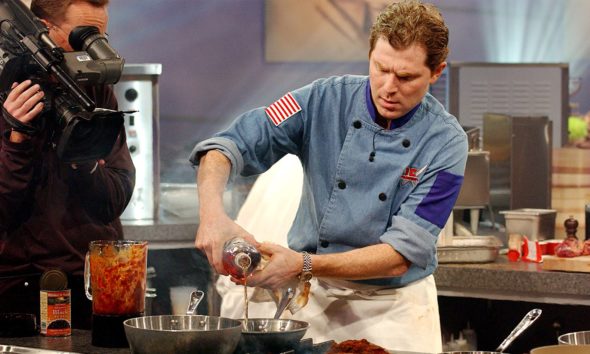 Iron Chef is coming back to the small screen. Netflix has ordered a reboot of the cooking competition series which last aired on Food Network in 2014. Eight episodes of Iron Chef: Quest for an Iron Legend will arrive on the streaming service later this year.

Deadline revealed the following about the upcoming Netflix series:

“The culinary competition, considered one of the toughest gastronomic challenges that chefs can face, will feature five new Iron Chefs, who will welcome Challenger Chefs to the reimagined Kitchen Stadium, where they’ll face off and be pushed to the limits of endurance and creativity, as they cook up culinary creations. The competition’s most successful Challenger will return to battle in a grand finale for the chance to be named the first ever “Iron Legend.”

A premiere date will be announced for Iron Chef: Quest for an Iron Legend later.

What do you think? Are you a fan of Iron Chef? Do you plan to watch the reboot on Netflix?

No Netflix they need to green light seasons two of other series. Then make some true LGBTQIA programming.

Excited to have it returning!