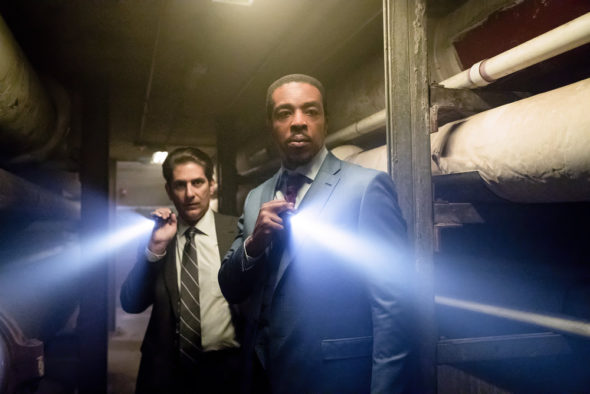 “The Bone Collector”, an enigmatic and notorious serial killer, terrified New York City. But then, he seemingly disappeared. Now, three years later, when an elaborate murder points to his return, it brings former NYPD detective and forensic genius Lincoln Rhyme (Hornsby) out of retirement and back into the fold.

Rhyme has a personal connection to the case since a trap that was set by the killer left him paralyzed. But this time, Rhyme is teaming up with Amelia Sachs (Kebbel), an intuitive young officer who’s got her own gift for profiling.

The unlikely detective duo plays a deadly new game of cat and mouse with the brilliant psychopath who brought them together. But how do you catch a killer who always seems to be one step ahead?

Series Finale:
Episode #10 — Mano a Mano
Lincoln is forced to save his son, Camden, by putting himself at risk and confronting The Bone Collector in a deadly face-off, mano a mano.
First aired: March 13, 2020.

What do you think? Do you like the Lincoln Rhyme: Hunt for the Bone Collector TV show? Do you think it should have been cancelled or renewed for a second season?

Where be the show? It’s gone missing.

Of course it wasn’t renewed. Not enough gratuitous shooting of guns. Maybe programmes that involve the characters thinking problems through is too much for some viewers to follow. A shame as it was nicely set up for the next series which would have presumably been based on another book in the Lincoln Rhyme series.

Please bring this show back, it shouldn’t be canceled!

I think it’s a mistake to cancel this show. I couldn’t wait every week for another episode! I don’t know where the networks get their Information but this is a mistake! Remember Hill Street Blues, cancelled but so much outpouring from the actual people who watched it they brought it back. Lincoln Rhyme was an interesting show with new technology and edge of your seat scenes’

I think it would be a mistake to cancel the show.

THE BEST SHOW ON TV LATELY!!!

A really great show – super cast, excellent writing. Please bring it back! We need intelligent dhows like this.

One of the best shows on tv! This is why I don’t watch nbc much. They never give the good ones a chance.

Renew I loved this show!