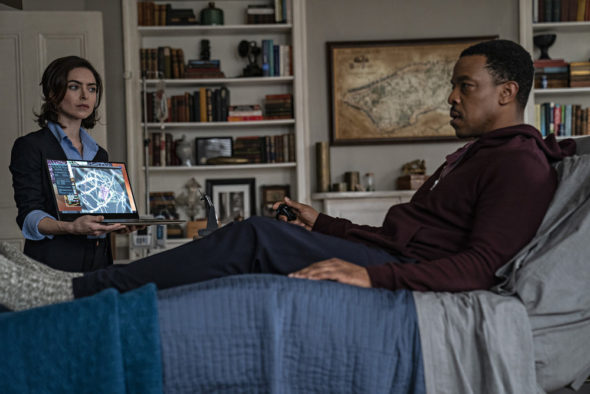 An NBC crime thriller series, Lincoln Rhyme: Hunt for the Bone Collector stars Russell Hornsby, Arielle Kebbel, Brían F. O’Byrne, Tate Ellington, Courtney Grosbeck, Ramses Jimenez, Brooke Lyons, Roslyn Ruff, and Michael Imperioli. “The Bone Collector”, an enigmatic and notorious serial killer, terrified New York City. But then, he seemingly disappeared. Now, three years later, when an elaborate murder points to his return, it brings former NYPD detective and forensic genius Lincoln Rhyme (Hornsby) out of retirement and back into the fold. Rhyme has a personal connection to the case since a trap that was set by the killer left him paralyzed. But this time, Rhyme is teaming up with Amelia Sachs (Kebbel), an intuitive young officer who’s got her own gift for profiling. The unlikely detective duo plays a deadly new game of cat and mouse with the brilliant psychopath who brought them together.

So disappointed. I loved this show. Recorded every show and still have it on my xfinity box.

I really love this show.. Should be kept on.

First I don’t intuitively like the female lead. Maybe it’s her acting or the script. Next the story was very good. The way it was written was so predictable it go boring and frustrating s

Lincoln rhyme was a fantastic show . I just can’t believe it has been cancelled so disappointing !

We live in the UK and my husband and I are shocked to learn the second series is being cancelled. Sky itself, Fox or CBC should take it on and continue with many more excellent edge of your seat series’s. Stop cancelling the good stuff.

I live in the UK and absolutely love this show, please don’t cancel. I think this show has so much more for the viewers to see yet

Please do not cancel. Love the show.

I love this show please renew it!

Please do not cancel this show. The way the world is now, we need a good, strong African American police officer guiding his group of faithful people

I love this show. I hope for season 2

I love, love this series. Hoping it sticks around. Please!

Need more show like this, makes us use our brain and is very interesting

Renew it. Nothing is ever given a chance…