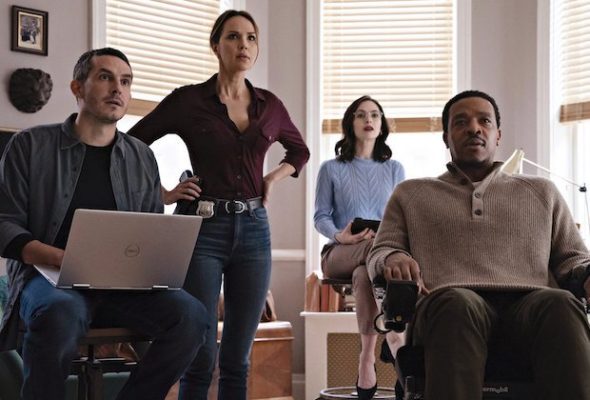 NBC is done with this case. The network has cancelled the Lincoln Rhyme: Hunt for the Bone Collector TV show so it won’t be returning for a second season.

Airing on Friday nights, the first season of Lincoln Rhyme: Hunt for the Bone Collector averaged a 0.47 rating in the 18-49 demographic and 3.66 million viewers.

While the show’s ratings were quite low, even for a Friday night show, it wasn’t NBC’s lowest-rated scripted series. Of the network’s shows for the 2019-20 season, Lincoln Rhyme ranked 14th out of 19 scripted series.  Fellow first-year NBC shows Perfect Harmony and Sunnyside have also been cancelled.

What do you think? Have you seen Lincoln Rhyme: Hunt for the Bone Collector? Would you have watched season two on NBC?

Loved this show. So disappointed it was cancelled

That was a great show another on of my favorites cancelled.

Just figured that a great show would be canceled. I could not wait for the next show. It is always a good show that gets canceled.
Please bring it back

VERY sad the Bone Collector was cancelled. Not a lot of good tv out there, just mindless stuff.

I am soooooooo sick of great shows being canceled! Seems like all the best are. Who’s tracking what we watch? No one has ever asked me!! The Bone Collector was an awesome series that I truly liked forward to. I’m done watching any regular tv!

I don’t understand why The Bone Collector was cancelled. One of the best shows on TV. I watched it every week as well as a lot of my friends. Hopefully, their minds will be changed or, perhaps, another network will pick it up. Really disappointed!!

The Bone Collector was one of the best shows on TV. There are so many lame shows currently on, that was a great change. Another network should pick it up and I can guarantee it will thrive. That is exactly what happened with Lucifer that was cancelled on Fox but picked up by Netflix and survived many seasons. NBC really screwed up…they definitely should consider bringing it back or just let a better network pick it up.

Yea was wait iui mg for a season 2 would definitely watch it.

Lincoln Rhyme Hunt for the Bone Collector should be given a 2nd season, why canceled!?

Lincoln Ryme best show ever. Really sad it isnt renewed. Cant understand how Station 19 with fire
fighters having sex with muliple partners is better than a show with intelligence and suspense. Shame on you for not seeing a program worth renewing.

We have just watched the entire 1st season and ALL of us really got into it. We are really disappointed that there isn’t a 2nd season. These are the types of shows that should be on tv not stupid “reality” shows and competitions

This is actually the first crime show that I enjoy watching. The stories were very good. It made me think of the good doctor in a way. But such a shame that they cancelled it!!