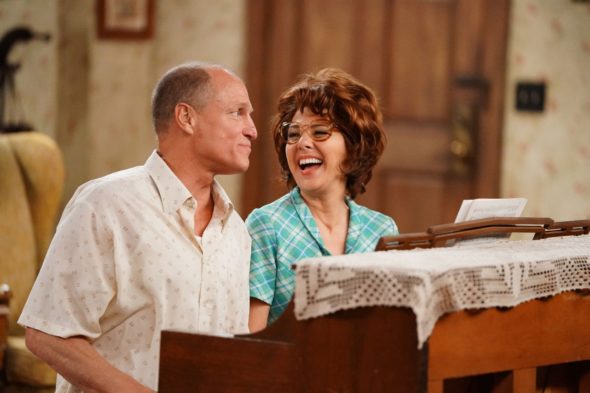 The special, which debuted in May, featured live recreations of All in the Family and The Jeffersons with a celebrity cast that included Wanda Sykes, Anthony Anderson, Ike Barinholtz, Ellie Kemper, Jovan Adepo and Woody Harrelson.

Live in Front of a Studio Audience garnered two Emmy noms, for Outstanding Variety Special (Live) and Outstanding Directing for a Variety Special, making executive producer Norman Lear the oldest person to be nominated at age 96.

My friend Carl Reiner — we kind of grew up together in the industry and the world — was nominated last year. At the time, he was proud to be the oldest guy with an Emmy nomination. I think I may beat him this year!  I’m getting a big kick out of that.”

Later, Lear revealed there are plans for more episodes of ABC special:

There is more than one — several if not many.”

What do you think? Did you watch Live in Front of a Studio Audience? Would you watch future episodes?

Yes!! Watched and loved it. Looking forward to the next episodes…

Really enjoyed the show(s) and I’m certain I would enjoy more to come. It was refreshing, yet familiar. The actors were funny, in character – until they couldn’t stop laughing – I always love when they’re REAL people.

With all the old tv show available on dozens of channels why in the world should we tune in to stuff like this? Didn’t care for it at all! And he got an Emmy????????

My husband and I watched it and we loved it. Especially the Jeffersons with Marla Gibbs as a surprise guest!

I really enjoyed it,

Great show. I grew up watching All in the Family and the Jefferson’s.
Wendy