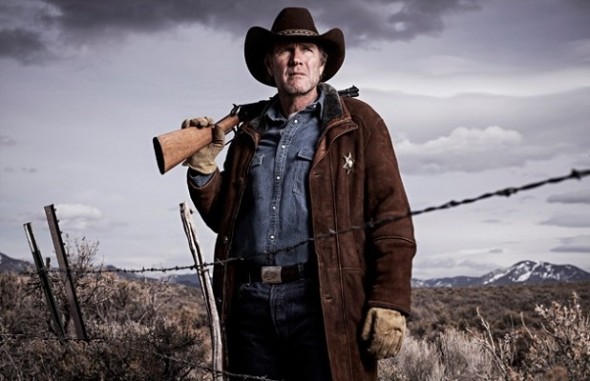 It looks like Longmire is retiring soon. Today, Netflix announced the premiere date for the sixth and final season of the TV show.

The sixth and final season of Longmire debuts on Netflix on November 17th.

What do you think? Are you a fan of Longmire? What do you hope happens in the final season?

Have very much enjoyed watching the Longmire series and hope someone somewhere picks it up and extends the series for a few more years. I like all the drama, twists and turns of plots, and the changing relationships of the characters.

I think that Longmire should continue with more series. Longmire should settle down once again with Vic. Vic has a baby boy.The daughter becomes the new sheriff and marries the new deputy. The family tree continues to grow and the show goes on

There is a lot more that can be said in a season 7. Cady is gonna need more help than Vic can provide. I love this show and want more, season 7,8,&9…It could keep going. At the very least give us one more season,…please

Please .! As a Netflix subscriber we are asking you to finish and air Season 7 “Longmeir “a great fan base and alot of us who want to see completion Season 7 . Thank’s, Loyal Fans .!

I really hope they won’t retire the Longmire series!. It’s a Great show! Please don’t take it away, there aren’t enough great shows like this one.

Big fan of Longmire. Since ’17-’18 is last TV season, Benn reading the novels by Craig Johnson. I’m hoping the killing f the killer of Martha will go unsolved and closed. Looking forward to each new episode in the final season.

Love watching Longmire. I was so happy when Netflix picked it up. Lover the cast and the scenery and the story line is great. Wish it had more episodes per season, it is one of my Favorite shows. LONG LIVE LONGMIRE!!! Love y’all!

While westerns are more my hubby’s fave movie genre, I started watching & got hooked. I LOVE Longmire; the characters/actors, the story lines, the scenery, etc. I was glad when Netflix picked it up, but I sure wish it were continuing. Too long between seasons, and too few episodes to suit ME, but I am still looking forward to the NEW season & seeing how they wrap it up. Long live Longmire!

I’m thrilled it’s finally coming back, I’ve been waiting too long for Season 6 – but I am so bummed that it’ll be the last season 🙁 GREAT show, every episode. I may watch it from the beginning again (after I binge Season 6). Wonderful cast.

Been a fan of rural and Country side TV’ shows, I regret that Longmire Will be running its last season, I hace very good time watching each episode

Finally !!! Been waiting for over a year. Wish it was continuing.

I am looking forward to the show’s return. But sadden to read it’s the last season. Hopeful Longmire remarries and retires to his ranch.