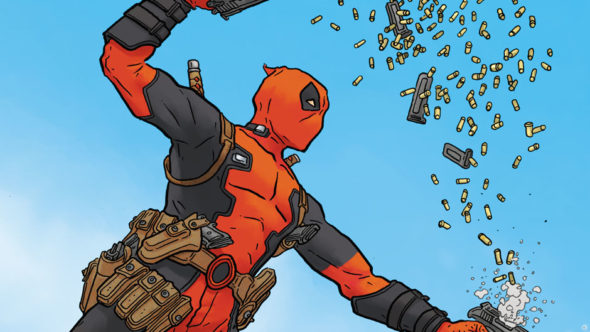 It’s over before it even began. FXX has cancelled its series order for Marvel’s Deadpool TV show. Back in May of last year, the cable network picked up season one of an untitled, animated Deadpool TV series, with Donald Glover and his brother, Stephen Glover, attached as showrunners, executive producers, and writers. Now, Deadline reports FX Networks has decided not to move forward, due to the old “creative differences” standby.

Originally, Marvel’s Deadpool TV series was to premiere on FXX, in 2018, possibly as a companion to the ninth season of Archer. Deadpool was Marvel’s second series to land at an FXNetworks station. Its live-action Legion series returns for season two on FX, on April 3rd.

“Due to creative differences, FX, Donald Glover, Stephen Glover and Marvel Television have agreed to part ways on Marvel’s Deadpool animated series,” the network said in a statement Saturday. “FX will no longer be involved with the project. FX and Marvel have an ongoing relationship through our partnership on Legion, which will continue.”

FX’s other collaboration with Marvel TV, live-action drama series Legion, is heading into its second season, which debuts April 3.

The untitled Marvel’s Deadpool series was to be produced by Marvel TV in association with FX Productions and ABC Signature Studios. It is unclear yet whether Marvel TV and ABC Studios will continue to pursue the project (with or without the Glovers). The rights to the Deadpool character are owned by Fox — the Deadpool live-action movie, starring Ryan Reynolds became one of Fox’s highest-grossing movies of all time — so at the moment, until the pending Disney acquisition of Fox assets is completed, a Deadpool TV series has to be done with another Fox production entity. Aside from FX Prods., there is only one other Fox TV studio — 20th Century Fox TV. Further complicating things, for Donald Glover, the Deadpool animated series fell under an exclusive overall deal he has at FX Prods.

3/28/2018 update: Donald Glover debunks the suggestion that he is too busy to produce an animated Marvel’s Deadpool TV series, with a 15-page script. Details here.

What do you think? Were you looking forward to Marvel’s Deadpool TV series? Sound off, in the comments.

they should put deadpool on dvd.!! for retro.

Very Surprising that it was cancelled.