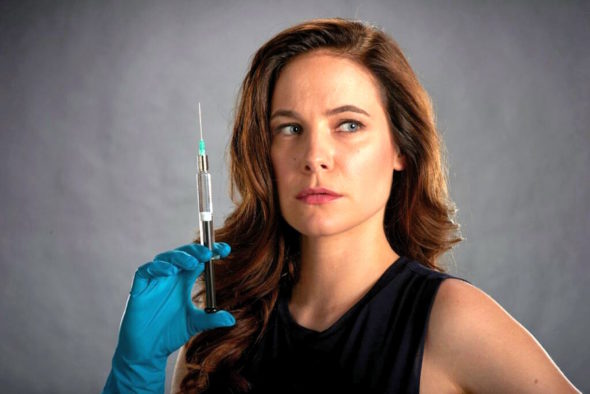 Picking up eight months after Mary (Dhavernas) and Des (Short) framed Grady (Greg Bryk) for the deaths of their patients, Des is happy to reteam with Mary following his stint in prison, but Mary questions whether she was better off fighting the good fight without him.  As they dive deeper and darker into their illegal work, a mysterious woman, Olivia Bloom (Lefevre), comes to them with a deadly request, unleashing a chain of events that unfolds throughout the season.  Mary’s personal and professional lives come to a head when Ben (Ryan) returns, knee-deep in a complicated undercover case. Ben’s investigation will collide with Mary’s criminal descent, forcing Mary to decide whether to come clean once and for all.

Mary Kills People is produced by Entertainment One (eOne) and Cameron Pictures Inc., in association with Corus Entertainment.  Tara Armstrong (Private Eyes) created the series and is the showrunner and an executive producer. The series is executive produced by Tassie Cameron (Ten Days in the Valley, Rookie Blue), Amy Cameron (The Book of Negroes), Jocelyn Hamilton (Cardinal), and Tecca Crosby (Private Eyes), Morwyn Brebner (Rookie Blue) and Caroline Dhavernas (Hannibal). The series is directed by Kelly Makin, Norma Bailey, and David Wellington with Holly Dale as Co-Executive Producer. Writers on the second season are Tara Armstrong, Tassie Cameron, Morwyn Brebner, Lara Azzopardi and Marsha Greene. eOne controls the worldwide rights for the series.”

What do you think? Have you seen Mary Kills People? Will you watch season two?

Rachelle Lefevre was a great quest star, Richard Short is one of the best actors I have ever seen, the show is great. I would like to see Mary for many years.

I loved this show, I had forgotten about it it’s been so long I thought it was canceled like the show twisted I liked so much 2 seasons and they leave you hanging on no conclusion,frankly it’s mean I think Lol
I will definitely be watching Mary Kills People!!
I also believe in mercy killings if they ask for it I think she is a good person:)

I have been waiting for this! The first season was to short i think, but i defiantly fell for this show and am excited about season 2!