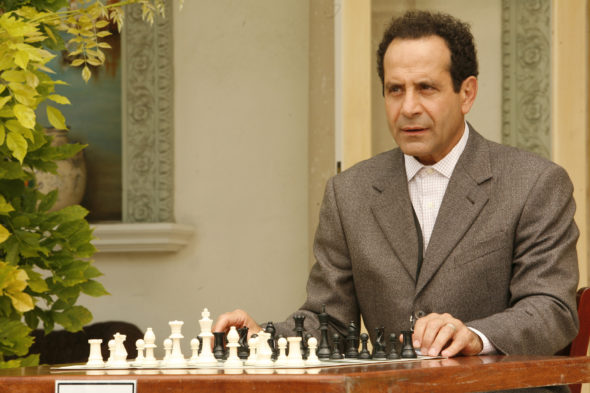 Monk fans are in for a treat! The cast of the USA Network TV show recently reunited for Peacock’s new At-Home Variety Show, Deadline reports.

WHAT: The At-Home Variety Show is a short-form series, featuring some of the biggest stars from our NBCU family and streaming each weekday. This Peacock special will both entertain and help raise awareness and support for Feeding America, Americares and United Way.

WHERE: On Peacock, shows will appear in the Browse and Trending sections. Peacock is currently available to Xfinity X1 and Flex customers in the U.S. Additionally, anyone can watch the show on Peacock social handles, including YouTube and Facebook. Follow along on Instagram and Twitter using #PeacockVarietyShow.

WHY: Peacock will donate to three national non-profit organizations that have existing and immediate on-the-ground efforts supporting those who have been disproportionately impacted by the pandemic and Essential Workers on the job and at home with critical services and supplies. Viewers can join us in supporting these efforts by going to https://www.peacocktv.com/ForGood, which features links to our partner organizations: Feeding America, Americares and United Way.

STATEMENT: “We are excited to stream The At-Home Variety Show on Peacock,” said Bill McGoldrick, President of Original Content, Peacock. “Peacock’s launch coincides with a moment in our history when connection, community and content are more important than ever. We want to deliver fun and timely content in a way that only Peacock can, by bringing together entertainment, news and sports to support these great charities.”

What do you think? Are you a fan of Monk? What’s your favorite episode? Would you like to see the characters return for a movie or event series?

The brilliance of the show kept me enthralled the entire run – I thought that the finale would not satisfy me – I was wrong – I have never ever been this way for a show I really loved – great job to all and THANK YOU!!!

Would definately live to see a Monk reunion movie!! Loved the series. I am now catching up on all the missed episodes

I would love to see Monk return as a movie, I know they won’t do another series’ but a movie would be nice to see all of the cast again. And yes yes yes keep peacock going but would love to see shronna appearance on it as well.

Would love to watch a return series on any “free” channel available. Tony Shaloub will always be Monk to us! NBC/UNIVERSAL pay attention to this!!

I love monk I wish it would come back it always makes me feel good and gave me laughter.

So excited to see this new piece of Monk! This show has been my go to for comfort And laughs for years. Well done and thank you for years of good stuff⚡️❤️

Traylor Howard, who played Natalie, was in the Peacock Reunion for Monk — not Bitty Schram (Sharona)!

I love , love Monk!! Please get the cast members and do a reunion show!!

I’m very glad to hear that Mr. Shalhoub is OK after have been sick with Coronavirus. My prayers are with him and his family. I’m writing from Spain where we have been confined for two months and counting. I would like to tell him and all the team of Monk that I have survived from falling back in a deep depression those past months, by watching the series of Monk. I needed something clean, funny, tender, smart, and with that unforgettable sense of true love that his stories had. Besides, I spent two years in San Francisco, and the views… Read more »