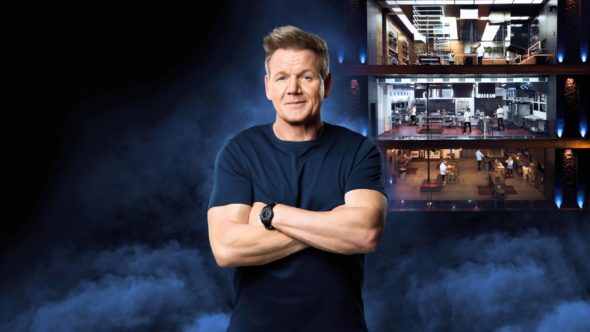 Next Level Chef is returning to FOX in a big way. Season two of the series will premiere on the network following the Super Bowl on February 12th. Gordon Ramsay returns with fellow chefs Nyesha Arrington and Richard Blais on the cooking competition series. The trio will each mentor contestants who are trying to win a $250,000 prize.

Gordon Ramsay Returns as a Mentor, Alongside Nyesha Arrington and Richard Blais – Each Hoping a Member from their Team Wins the Coveted $250,000 Grand Prize, a One-Year Mentorship from all Three Mentors and the Title of NEXT LEVEL CHEF

About NEXT LEVEL CHEF:

Produced by Studio Ramsay Global and FOX Alternative Entertainment, Next Level Chef is the next evolution in cooking competitions, as Ramsay has designed a one-of-a-kind culinary gauntlet, set on an iconic stage like you’ve never seen. Over three stories high, each floor contains a stunningly different kitchen. From the glistening top floor to the challenging bottom of the basement, the ingredients match the environment, because Ramsay believes the true test of great chefs is not only what they can do in the best of circumstances, but what kind of magic they can create in the worst! Joined by two elite names in the food world, chefs Nyesha Arrington and Richard Blais, Ramsay and his co-mentors leave no stone unturned, as they each recruit a group of the talented chefs and take them under their wings. Ramsay, Lisa Edwards and Matt Cahoon serve as executive producers.

Check out the first preview for Next Level Chef season two below.

What do you think? Are you excited about the return of Next Level Chef on FOX?