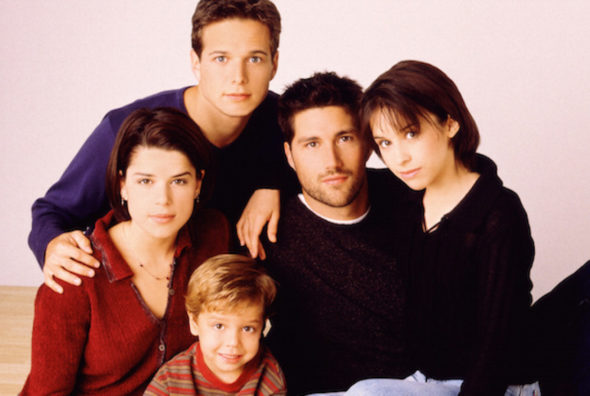 Party of Five is making a comeback. Deadline reports Freeform has ordered a pilot for a reboot of the ’90s series.

The original TV show followed a family of five siblings who lost their parents in a car accident The show starred Matthew Fox, Scott Wolf, Neve Campbell, Lacey Chabert, and Scott Grimes. The series ran on FOX from 1994 to 2000.

Freeform‘s Party of Five reboot comes from Chris Keyser and Amy Lippman and “will follow the five Buendias children as they navigate daily life struggles to survive as a family unit after their parents are suddenly deported back to Mexico.”

Rodrigo Garcia will direct the new Party of FIve pilot, with Lippman and Keyser set to write.

What do you think? Are you a fan of Party of Five? Would you watch the reboot?

Bet it will be a great shown. Yes I will watch it.