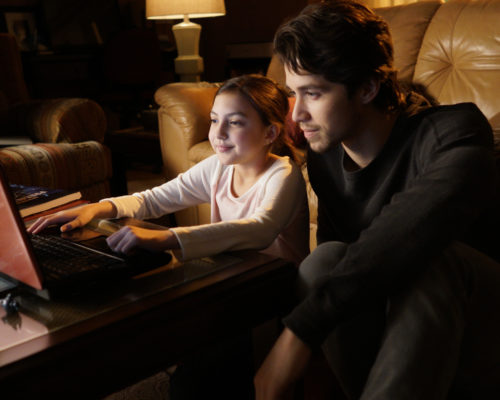 Can these kids make it through the first season of the Party of Five TV show on Freeform? As we all know, the Nielsen ratings typically play a big role in determining whether a TV show like Party of Five is cancelled or renewed for season two. Unfortunately, most of us do not live in Nielsen households. Because many viewers feel frustration when their viewing habits and opinions aren’t considered, we invite you to rate all of the first season episodes of Party of Five here. *Status Update Below.

What do you think? Which season one episodes of the Party of Five TV series do you rate as wonderful, terrible, or somewhere between? Do you think that Party of Five should be cancelled or renewed for a second season on Freeform? Don’t forget to vote, and share your thoughts, below.

This show was absolutely amazing and I would hate to see it go so soon. I didn’t know this was a remake but it makes me want to go watch the original! Stupendous!

I loved this series from the beginning. There are not many series of this kind, especially with struggling real issues. It would be ashame if this gets cancelled. Pls do not.

Love it. It’s about Family. It was a great season to watch. True to life events.

Please do not cancel the show.Not many good family shows like this on

I am a senior and I loved this show and I really hope that it does not get cancelled like so many of the other good family shows.

I was hooked on this show from the very first episode. Sad that it’s only a 10 episode series:-(
I am looking forward to season 2-I hope it gets renewed

if this show gets cancelled i will cry so much because it had me hooked from the start. this is why i think it should not be canceled

This show had me hooked in one episode. I love all the kids personalities and how they are determined to stay together as a family. Good show