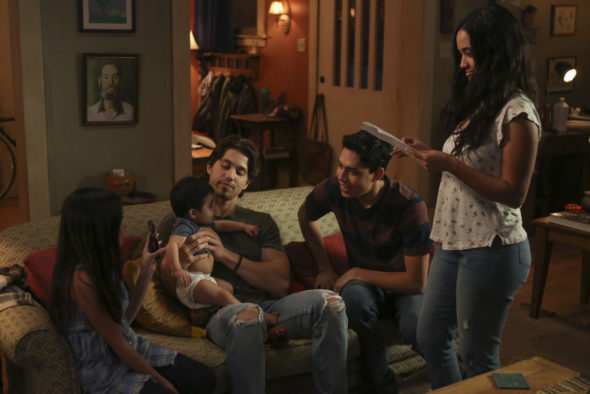 Airing on FOX from 1994 until 2000, the original Party of Five TV show ran for five seasons before being cancelled. Now, the creators have brought the title back on Freeform with a new cast and premise. Will it be a success and run as long as the original? Will this new Party of Five be cancelled or renewed for season two? Stay tuned. *Status Update Below.

What do you think? Do you like the Party of Five TV series on Freeform? Should it be cancelled or renewed for a second season?

RENEW!!!!! Love this show and how it depicts a side of life that is not discussed as honestly and as real as this one. I have learned so much (while I know it is TV) and have fallen in love with all of the characters! Hope to see it continue!

Not anymore and much less with those rating numbers

Renew renew renew love this show was amazingly done I have cried laughed and smiled and I love watching a show where you feel like your there like a part of it can’t wait to see what happens. Next.

Renew! Renew! Renew!!! I absolutely love this show and it definitely portrays what is happening to families right now!!! I have cried sooo many times and had goosebumps sooo many times because it’s life! My daughters and I watch this show on HULU every week! I grew up watching the original party of five and honestly I love this one better!!!

I loved the show. It was different from the first one. I hope the family get back together. I want to see what happens next. I think some of the cast look cuter then the first. I saw the first one but, this one as good as the old one. Some storys suck when they make retake or continue on but, this one is wonderful.

I love love the show. Great acting, great story line. Never know what to expect week to week. I love my Wednesday evenings. This may be a show, but possibly a true story of many families of today. Please, we need many more seasons of a true family show.

I love this series! I watched the original series. This is a clever remake, especially for our time. The acting is so good.