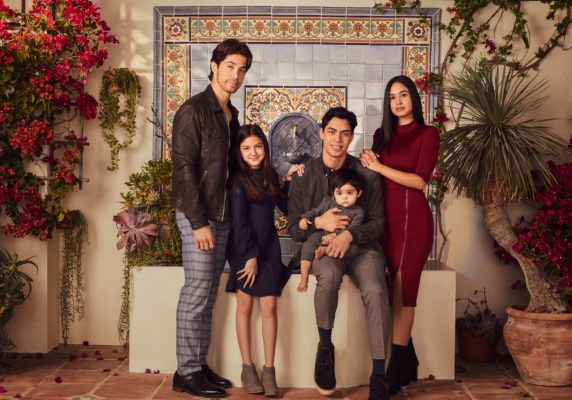 This iteration, told through the lens of current-day themes, revolves around the five Acosta children — aspiring musician Emilio (Larracuente), twins Lucia (Tosta) and Beto (Guardado), precocious Valentina (Legaspi), and infant Rafael. They navigate daily life struggles to survive as a family unit after their parents, Javier (Bichir) and Gloria (Urrejola), are suddenly deported back to Mexico.

As the story begins, Valentina struggles to sleep at night after the loss of her parents and this takes a toll on Beto, who is left to comfort her. Val turns to religion in the hopes of getting her parents back while Lucia denounces that same religion, believing it is only harming her younger sister. Meanwhile, Emilio tries to do right by his father and ends up running the restaurant on his own.

What do you think? Do you like the Party of Five TV show? Do you think it should be cancelled or renewed for another season?

I loved that show so family oriented. It was an original show never seen anything alike before. I wish you would bring it back.

Loved it. Wish they wouldn’t have cancelled it.

The acting was really good – enjoyed all the story lines and there were alot of life lessons
in this show – it would be a mistake to cancel it before it got off the ground.

I thought the show was a good one and really enjoyed it. why was it cancelled?

Cause no one watched it!

Renew the show. I really enjoyed it.

Please renew this show!! This show is needed at this tough time. The actors were amazing! Please bring it back!!!!

I love this show so much that I am going to watch the series again with my daughter whom has been away to college. I know she too will love it! The story is wonderful as is all of the character, their personalities and personal stories! <3 please renew.