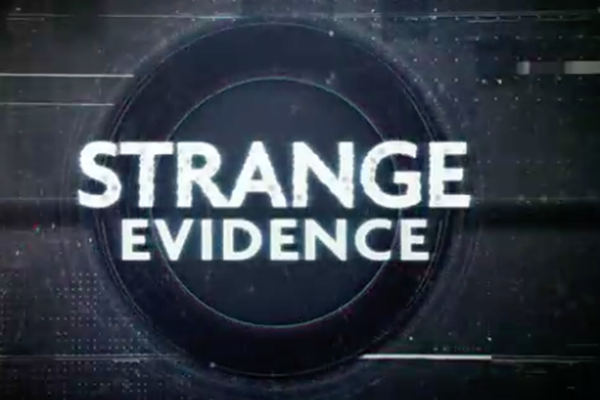 Time to get ready for a new season of Strange Evidence. The premiere of season four has now been set. The new season will arrive next week.

Science Channel revealed more about the return of the series in a press release. Check that out below.

“Around the globe, billions of cameras are watching our every move. Whether on the streets, at work or at home, they see everything – even the bizarre and inexplicable. From apocalyptic weather occurrences and remarkable physical feats to unidentified creatures and the seemingly supernatural, cameras capture things that appear impossible and defy logic. In an all new season of STRANGE EVIDENCE, experts investigate these mysteries caught on tape and carry out forensic analysis to determine the truth behind these unusual events.

Throughout this season of STRANGE EVIDENCE, experts will investigate oddities from around the world captured on camera. In Nashville, a local man investigates a strange smell when suddenly the sidewalk beside him explodes into flames. Could it be connected to a nearby vehicle wreck or caused by a bootleggers’ hidden stash? In Hong Kong, a fisherman captures what appears to be the parting of the sea. But was this really a miracle reminiscent of the Old Testament, or a rare weird weather event? Workmen in Canada are dumbfounded when they film an enormous humanoid figure throwing a tree trunk in the forest. What beast is capable of throwing such massive weight, and is there a rational explanation?

From mysterious pulsing blue lights in New York City to strange aquatic monsters captured deep beneath the sea in Japan, STRANGE EVIDENCE investigates footage from around the world that appears to defy reason.”

What do you think? Are you a fan of this series?

I used to really love this show and I still have it dvr’ed, but now I cannot even make it through an episode. Are the “experts” paid to say the things they do, or are they really that stupid?!? My dog can figure things out better than them. Nope, no more, can’t do it.