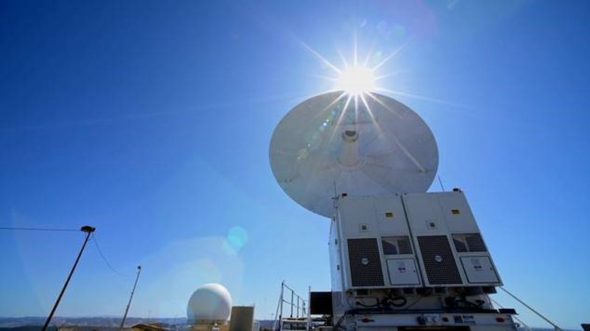 Phantom Signals is coming to Science Channel. The new series, which explores strange signals and their impact, will premiere on the cable channel next month.

Science Channel revealed more about the new series in a press release.

“We are surrounded by an endless stream of infinite data, with information bombarding us from seemingly every direction. These signals, which are part of our everyday operations, help define our understanding of the Universe, and largely go unnoticed. That is until a glitch occurs. A blip on a screen, a faulty frequency, or a mysterious interference – what are these unknown signals? Where are they coming from? And what do they really mean?

In an all-new Science Channel series, PHANTOM SIGNALS, experts investigate these mysterious phenomena, explore whether life exists beyond our universe and breakdown the meaning behind these puzzling signals.

PHANTOM SIGNALS premieres Thursday, October 8 at 10pm ET/PT on Science Channel. In addition to watching the series on Science Channel, viewers can check out new episodes each week by downloading the Science GO app. Viewers can join the conversation on social media by using the hashtag #PhantomSignals and follow Science Channel on Facebook, Instagram, and Twitter for the latest updates.

From a suspected cosmonaut’s last communication and a mysterious cry for help over a radio, to an unexplained ghost in the radar weather over Kentucky, and a floating city in the clouds, PHANTOM SIGNALS leaves no mysterious signal unexplored. When an intercept pilot chasing a potential UFO near the Canadian border vanishes without a trace, experts are left dumbfounded and searching for a reasonable explanation. In places across the globe, a strange sound taunts and agitates communities. But what is the source of this incessant humming that disrupts the lives of so many and could it potentially be damaging to our health? And when scientists discover a powerful radio beam in deep space that reaches Earth only to vanish and never return again, they’re left to wonder if the signal could have been a message, and whether some signals are forever beyond our understanding.

Whether secret clues to a hidden super volcano, a strange radio broadcast from the Cold War, or a mysterious knocking in space, PHANTOM SIGNALS investigates the strange and unexplainable from our Universe that have the potential to change our understanding of data in our daily lives.”

What do you think? Will you check out Phantom Signals on Science Channel? Do you enjoy programming the revolves around science?

I love new shows that provide NEW information instead of the same old stuff just repackaged and rehashed from other similar older shows. From what I’ve read about this new show, it, sadly seems like it does basically repackage and rehash “strange phenomenon” that we’ve already heard and seen on the other older shows on History and on the Science Channel.