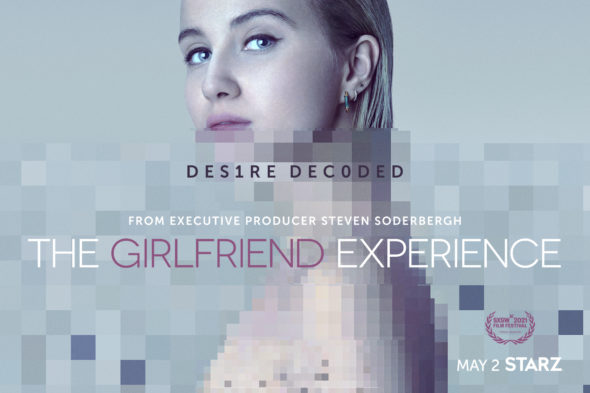 An anthology drama series that’s based on Steven Soderbergh’s movie, season three of The Girlfriend Experience stars Julia Goldani Telles with Oliver Masucci, Frank Dillane, Daniel Betts, Armin Karima, Tobi Bamtefa, Jemima Rooper, Enzo Cilenti, Alexandra Daddario, Charles Edwards, Josette Simon Obe, Ray Fearon, Peter Guinness, and Matilda Zeigler. Set amidst the London tech scene, neuroscience major Iris (Telles) begins to explore the transactional world of escorts only to find herself deep inside the uncanny valley with the relationships she creates. Iris quickly learns that her client sessions provide her with a compelling edge in the tech world and vice versa. She then begins to question whether her actions are driven by free will, or something else altogether, and heads down a deep path of exploration.

What do you think? Do you like The Girlfriend Experience TV series on Starz? Should it be cancelled or renewed for a fourth season?

The showrunners appear to believe sexy or a meditation on the vagaries of desire depend upon a feminist oversimplification of men and male identity. Particularly bright energetic individuals within the tech world. As usual, the escort is presented within the cold to the touch analytics of gender studies 101. After all the principle and predictable aim is another obvious damming critique of patriarchal cis sexuality. Apparently Iris will be exempt from feminist claims about the importance of consent when invariably the deepest revelations of her clients serve as nothing more than data to be exploited and utilized for commercial means.… Read more »