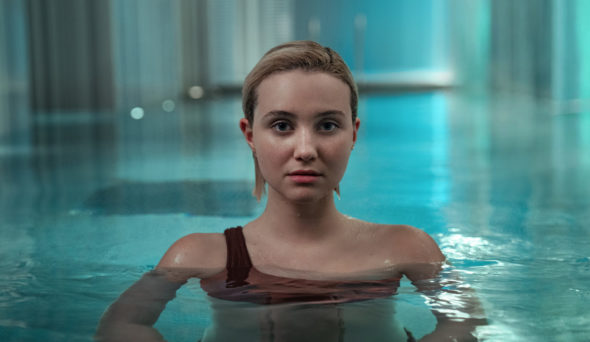 How far will Iris go? Has The Girlfriend Experience TV show been cancelled or renewed for a fourth season on Starz? The television vulture is watching all the latest cancellation and renewal news, so this page is the place to track the status of The Girlfriend Experience, season four. Bookmark it, or subscribe for the latest updates. Remember, the television vulture is watching your shows. Are you?

Airing on the Starz cable channel, The Girlfriend Experience is an anthology drama series that’s based on Steven Soderbergh’s movie. Season three stars Julia Goldani Telles with Oliver Masucci, Frank Dillane, Daniel Betts, Armin Karima, Tobi Bamtefa, Jemima Rooper, Enzo Cilenti, Alexandra Daddario, Charles Edwards, Josette Simon Obe, Ray Fearon, Peter Guinness, and Matilda Zeigler. Set amidst the London tech scene, neuroscience major Iris (Telles) begins to explore the transactional world of escorts only to find herself deep inside the uncanny valley with the relationships she creates. Iris quickly learns that her client sessions provide her with a compelling edge in the tech world and vice versa. She then begins to question whether her actions are driven by free will, or something else altogether, and heads down a deep path of exploration.

What do you think? Do you hope that The Girlfriend Experience TV show will be renewed for a fourth season? How would you feel if Starz cancelled this TV series, instead?

Please can someone make season 4. I feel like Season 3 left on a bit of a cliff hanger and I’m interested in how emcee evolved.

I don’t know you guys but I do want to make a fourth season of The Girlfriend Experience, but with the same tone of the first season, with more explicit sex and more naked graphics in the female protagonist. But yes, I vote with that the fourth season will be renewed.
Good luck.