The Offer finally has a premiere date. The drama series, which revolves around what happened behind the scenes during the making of The Godfather feature film, will arrive on the Paramount+ streaming service in April. Starring Miles Teller, Matthew Goode, Juno Temple, Giovanni Ribisi, Dan Fogler, Burn Gorman, Colin Hanks, and Patrick Gallo, the series will have 10 episodes and three will be released at launch.

“Paramount+, the streaming service from ViacomCBS, today announced that its original limited event series THE OFFER will premiere on Thursday, April 28, exclusively for Paramount+ subscribers in the U.S. The first three episodes of the 10-episode-long series will be available to stream at launch. Following the premiere, the remaining seven episodes will be available to stream weekly on Thursdays.

The 10-episode event series is created and written by Oscar(R) and Emmy-nominated writer Michael Tolkin (Escape at Dannemora, The Player) and also written and executive produced by Nikki Toscano (Hunters), who also serves as showrunner. In addition to Tolkin and Toscano, two-time Oscar(R)-winner Albert S. Ruddy (Million Dollar Baby, The Longest Yard, Hogan’s Heroes), Miles Teller, Russell Rothberg and Leslie Greif serve as executive producers on the series alongside Dexter Fletcher (Rocketman), who also directed the first block of the series.

THE OFFER will also premiere Thursday, April 28, exclusively for Paramount+ subscribers in Canada, Latin America, The Nordics and Australia.”

Check out a teaser and poster for The Offer below. 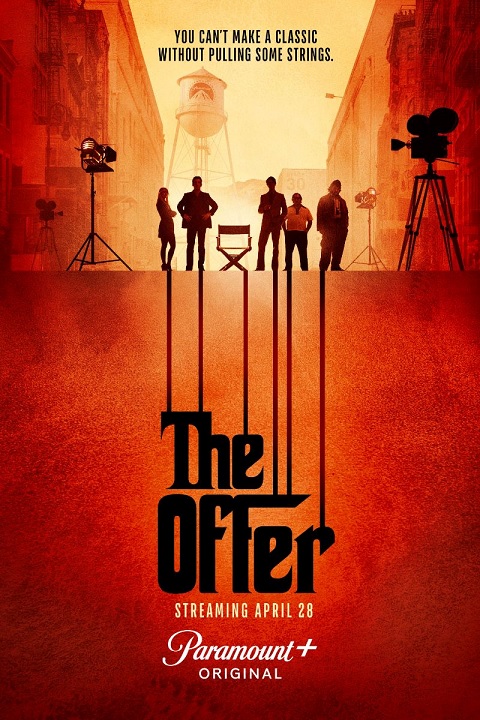 What do you think? Are you planning to check out The Offer on Paramount+ when it debuts in April?

Excellent news love see miniseries. Enjoy it and love it.