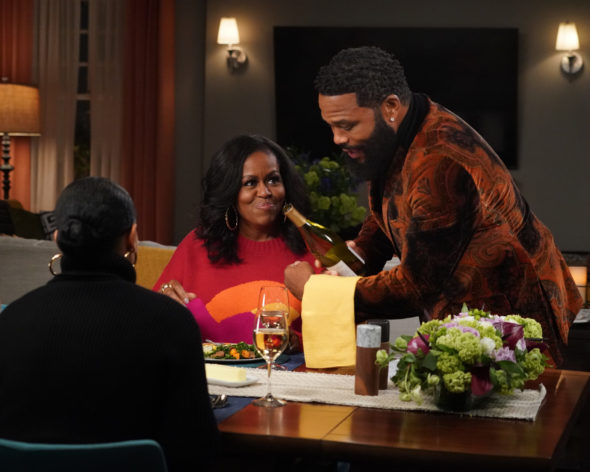 ABC is currently airing the eighth and final season of black-ish and more special guests will appear on the comedy’s way to the end. Viewers have already seen former First Lady Michelle Obama appear in the premiere. In upcoming episodes, viewers will see Simone Biles, Daveed Diggs, Kenny ‘Babyface’ Edmonds, Vivica A. Fox, Magic Johnson, Stephen A. Smith, The Los Angeles Lakers, and others visit the show.

ABC revealed more about the final season of black-ish in a press release.

What do you think? Have you enjoyed this comedy? Will you be sad to see black-ish end on ABC?

Diana Ross should appear as a character since her daughter is Tracy Ellis Ross. Maybe a new neighbor.

It’s time for the series to go, jumped the shark some time ago.

Good riddance to this show. Tracee Ellis Ross is the most annoying person and I quit watching this a long time ago because of her which is too bad because I love Anthony Anderson.