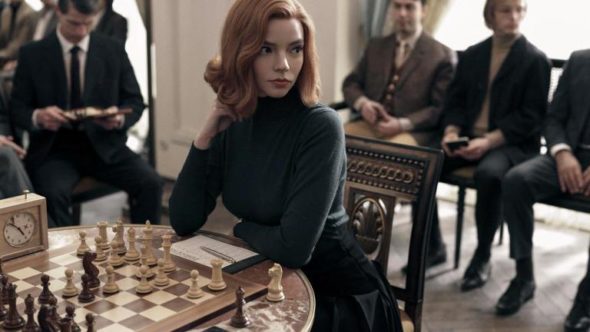 Fans may not have seen the last of The Queen’s Gambit. The Netflix series about an orphaned chess prodigy is now being developed as a stage musical. If the project moves forwards, the adaptation of the Walter Tevis novel could land on Broadway.

“It is a privilege for Level Forward to lead the charge of bringing The Queen’s Gambit to the stage through the beloved and enduring craft of musical theater. Told through a brave and fresh point of view, audiences are already sharing in the friendship and fortitude of the story’s inspiring women who energize and sustain Beth Harmon’s journey and ultimate triumph. The story is a siren call amidst our contemporary struggles for gender and racial equity, and we’re looking forward to moving the project forward.”

As for the Netflix series, many viewers have hoped for a second season. Series star Anya Taylor-Joy recently spoke about the possibility of more of the series after winning a Golden Globe Award for her role. She said the following, per Deadline:

“It is obviously incredibly flattering that people want to spend more time with characters that we care so much about and that we poured so much love into, but we did intend it to be a limited series, so we were all quite surprised when people started asking for Season 2. That being said, never say never.”

What do you think? Did you watch The Queen’s Gambit on Netflix? Do you still want a second season? Would you see a musical version if it lands on Broadway?

Already been done. It’s called “Chess”. Once was enough.