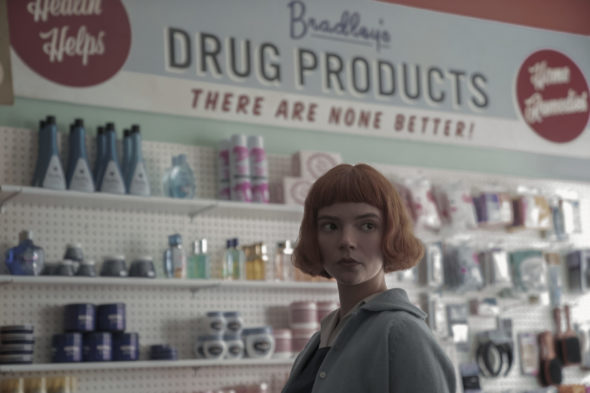 The Queen’s Gambit wrapped after one season on Netflix in November, but viewers have been hoping for more of chess prodigy Beth Harmon’s story. The series has been very successful for the streaming service so, could there be a second season in the works?

Executive producer William Horberg released a statement after the series received two Golden Globe nominations (one for Limited Series and the other for Anya Taylor-Joy as the Best Actress in a Limited Series) and he made it clear a second season will not happen. He said the following about the Netflix series, per Deadline:

“It’s wonderful to know that people loved the show where they want to spend more time with these characters; we never envisioned it that way. We felt that the series had a satisfying endpoint and we’d allow the audience to fill in the space as to what happens next for Beth Harmon. Nothing has changed, despite fans demanding more on my Twitter feed. Scott and I feel really happy about the completeness of Beth’s story.”

The Queen’s Gambit was watched by 62 million viewers in its first month on Netflix, making it the streaming service’s “biggest scripted limited series to date”.

What do you think? Did you watch The Queen’s Gambit on Netflix? Would you have watched a second season?

I loved the story and the period , clothes, cars ect. Well done !

I am an avid chess player thanks to my father who recently died. He taught me when I was 5 years old. I loved The queen’s gambit and I felt I wanted more!! I wanted her romance to continue and develop as well as a rematch with her enemy. I would most definitely watch a second season and third season and I am quite disappointed that it won’t continue..sincerely .Adriana McCormack

I think it was really good .would love to see more

I think the writers and producers are correct. The series had a good and complete ending.

I think once was enough when you have no knowledge of the game!!

It is good to see that the creators value the story’s integrity above profit.

I would have definitely watched a 2nd season (who wouldn’t that watched the limited series), but how it ended was perfect. If they did a 2nd season they might run the risk of jumping the shark.

No, leave it be! Creators are right to leave it as a single season. It is a perfect moment in television that shouldn’t be diluted.

I thoroughly enjoyed the Queens Gambit but strongly feel that it ended with no need to continue. Great writing and acting.

Although I enjoyed the series I don’t think that the last episode portrayed sufficiently Beth’s struggle out and away from drugs and alcohol. It was a big story to cover in those appointed episodes. When Beth as a child stopped taking the drug she was shown to have withdrawal symptoms. I thought it awkwardly portrayed that her older friend had such a wise understanding of drug addiction. I think it was handled like that to further cement the bond between the two girls. Towards the end of the series, after her childhood friend arrives to visit obviously full blown addicted… Read more »

We would have definitely watched a 2nd series.