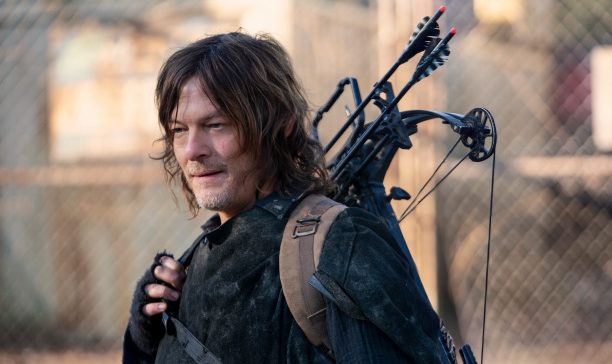 The Walking Dead is gearing up for its final episodes, and a premiere date for the remainder of season 11 was announced at Comic-Con International: San Diego. A trailer for the last installments was also released and it teases the showdown between the survivors and the Commonwealth.

The show’s final eight episodes will kick off on AMC on October 2nd, per Deadline. Check out the preview for the last episodes of The Walking Dead below.

What do you think? Will you be sad to see The Walking Dead end on AMC, or is it time for this series to end?

I’m very sad to see it end when it could be so much more as there are alot of characters story’s we would like to see through. I hate that it’s ending and all these spin offs are just not the same . We need to see Rick and michone ending . Not be left in suspence. And why have michone have rick jnr if he doesnt get to meet him

I honestly love the series I’m very upset it’s ending without answers to alot of the unknown . I don’t think the show should not have been cancelled as there could have been more seasons made to explain the whole lot not on reboots n other shows why change it all just keep going to t he original series it never gets old lol. I want more but waiting is hard lol I can’t wait for the last 8 episodes

Renewed. I love it.

Have absolutely loved walking dead except for rick grimes and his mammoth ego!! Series 10-11 were so much better without him in it!! Please DONT bring him back!

I am very sad that the series is ending in such a beautiful and exciting way. I wish it continued…. I have been living with this series for ten years. I don’t want to see the end, I want it to continue

I’m devestated that the show is ending. I was devestated when Carl left and then, Rick. We deserved to see a Carl/Judith dynamic. What a shame. Hopefully Rick comes back for a proper send, off and closure. Otherwise, what was the poiint in leaving him alive? Just to get our hopes up and then disappoint? – Like Lost and Game of Thrones? Hopefully The Walking Dead offers a more satisfying, ending…

I am very sad The Walking Dead is ending. I have watched it since the beginning, great cast & great show, and great storylines! Please let it come back, the fans you have would greatly appreciate it if it would stay on!

It’s time to bring Rick back for finishing a proper ending not some low ratings spin offs.

You can’t end the show without Rick Grimes .