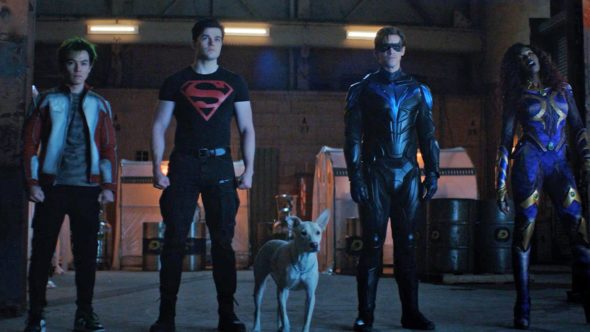 Titans is headed to HBO Max for its third season, and the streaming service has now released a trailer teasing the return of the DC superhero series. Brenton Thwaites, Teagan Croft, Anna Diop, Ryan Potter, April Bowlby, Bruno Bichir, Lindsey Gort, Minka Kelly, Seamus Deaver, and Alan Ritchson star in the series which follows the adventures of the younger generation of DC superheroes.

HBO Max has released a first look teaser for season three of the popular superhero series TITANS, which premieres on THURSDAY, AUGUST 12. TITANS follows young heroes from across the DC Universe as they come of age and find where they belong. In season three, circumstances draw our heroes to Gotham City, where they will reunite with old friends and face new threats. The first three episodes of season three will premiere on Thursday, August 12 with subsequent episodes launching weekly every Thursday through October 21.

Check out the trailer for season three of Titans below.

What do you think? Are you excited to see new episodes of Titans on HBO Max?

Look forward day after my birthday . So good never missed any episodes on hbo Max streaming awesome series grew up with this cartoon the best.

S2 was horrible, it was the fight in Deathstroke’s family, who wrote this stupid script?!

Bring Deathstroke back, I’m in, otherwise I won’t waste my time for another kiddy and ridiculous story.