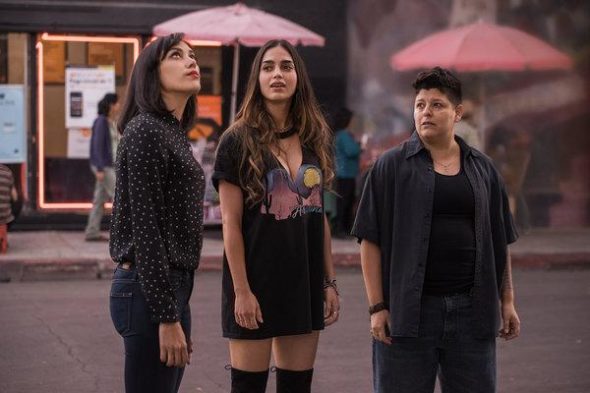 Vida is sticking around. According to The Hollywood Reporter, Starz has renewed the TV show for a second season.

Ratings for Vida haven’t been stellar, but it seems Starz has faith in the show so far. The series’ first season averaged a .04 rating in the 18-49 demo and only 130,000 viewers.

Vida has delivered on its promise of attracting a young, new Latinx audience to the Starz platform, as we had hoped it would, and we are pleased to be able to announce a second season of the series. With these new episodes, Tanya and her team now have the opportunity to take audiences even deeper into the lives and community of the Hernandez sisters, and we look forward to bringing the next chapter of their story to life.”

What do you think? Have you seen Vida? Will you watch season two?

My wife and I sure will watch! We love this show! Outstanding storytelling and the acting is some of the best on TV!

I absolutely loved season 1 of Vida. My family binged all six episodes tonight and can’t wait for season 2.

Absolutely LOVE this show!! Can’t believe how they left it off. I was expecting more episodes for one season. Hopefully season two has at least twice as many episodes. I’m slowly getting my family hooked on it.

I love watching this show. It’s one of the few that shows the true and beautiful side of out culture. We stick together even when it’s hard and tough to do. We love our history and our music. It keeps us grounded. We embrace our past and our families spiritual beliefs. Many think it’s just a forgotten practice but in reality we bring it to life. Thank you for presenting a show that brings out our true lives.

I love the show and I hope they don’t wait too long before bringing it back again.

I loved the show and am so glad there will be a second season.

I not only love this show, but watch each episode multiple times to catch every detail-there are so many layers! I have to say that I didn’t really like either sister in the beginning, but preferred the supporting characters. As the series continued ,I really “got” them and why they were so broken…

I have also become a fan of Vida after a young friend recommended it. I watched for free on ondemand but will be willing to subscribe through mydish if it is renewed. As a boomer, I relate to issues as a mom with cancer gene who lost mom at a young age, a son who is gay, a grandmother to 5 girls and 1 boy, and Housing and neighborhood Advocate and activist. Plus I’m a young 65!!! Keep it going! We Chicanos relate!!!!!

I love watching Vida and can’t wait for season two to come out. I looked forward for Sunday night just to watch it. Please do not cancel this show!!!

Absolutely LOVE this show. I look forward to watching Season 2!

Yaya! I got hooked on this show i want to find out how they fix the bar!!

It was an awesome show it gave a look into the Latinx community which has been missing for to long.

I expected this politically correct show to be renewed. Maybe more than 6 episodes next season?

Yes I too have watched Vida and I am 60. Please do not limit your audience to 18-49 because we who are way over 49 love the show too!