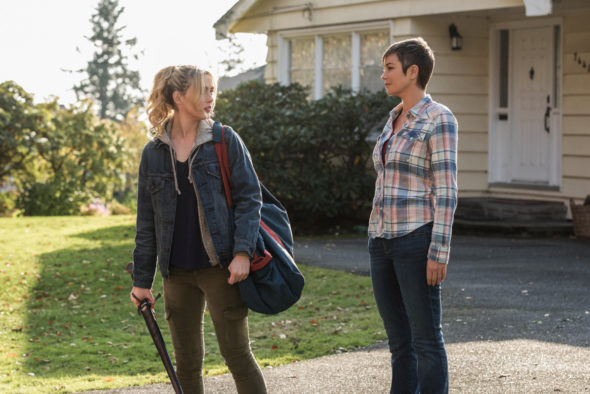 (Photo credits: Dean Buscher / The CW, except where noted)

Are you getting excited for the backdoor Wayward Sisters TV show pilot? The potential Supernatural spin-off airs this week, as a regular episode of the original series, on Thursday, January 18, 2018 at 8:00pm ET/PT on The CW. Watch the teaser and check out, episodic photos, as well as The CW’s episode description, below.

Watch the cast and crew (including Ackles and Padalecki) tease the Wayward Sisters backdoor pilot.


A new team of hunters. #Supernatural returns Thursday at 8/7c on The CW! pic.twitter.com/p4pFSpnziW 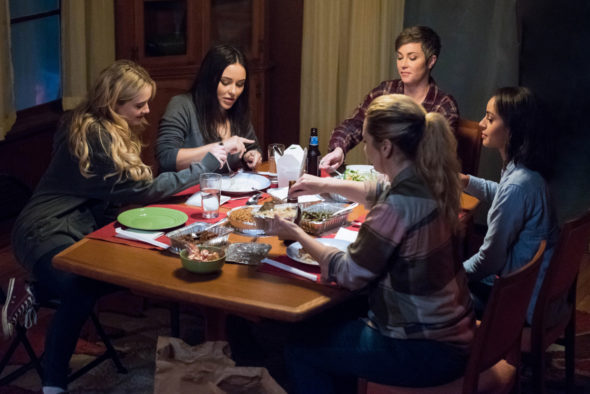 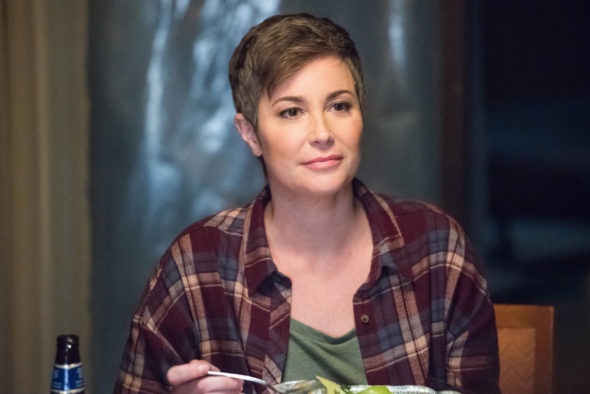 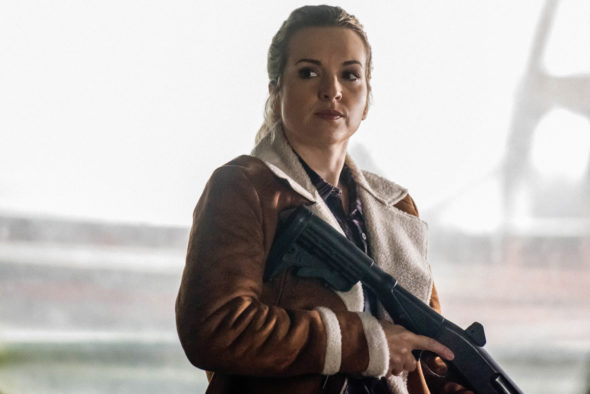 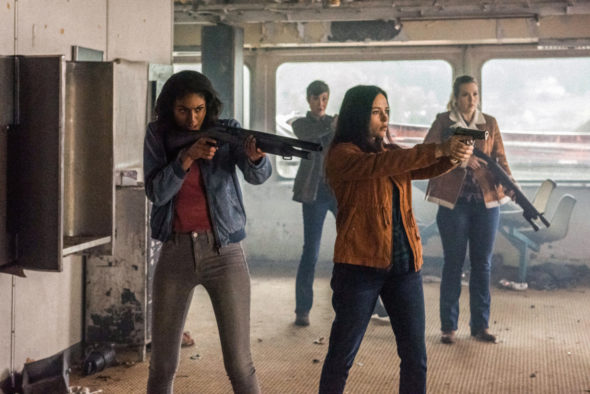 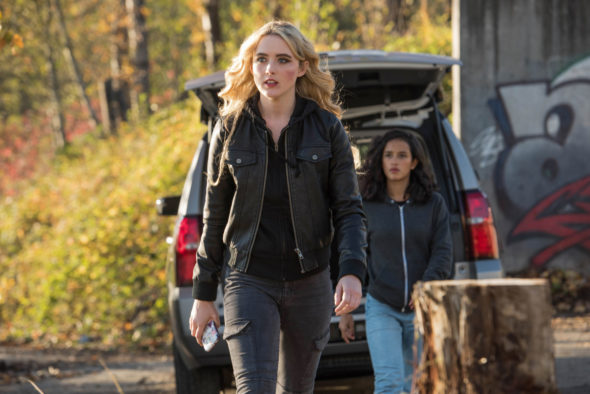 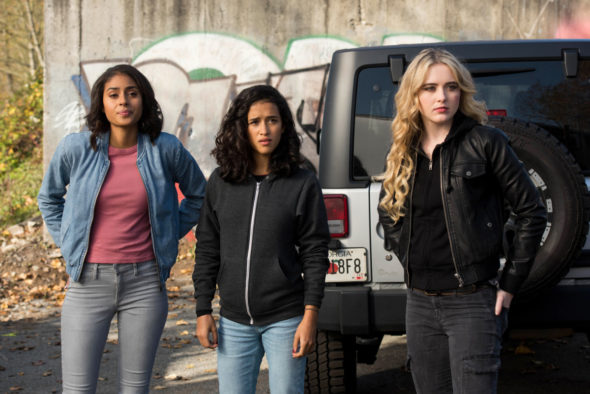 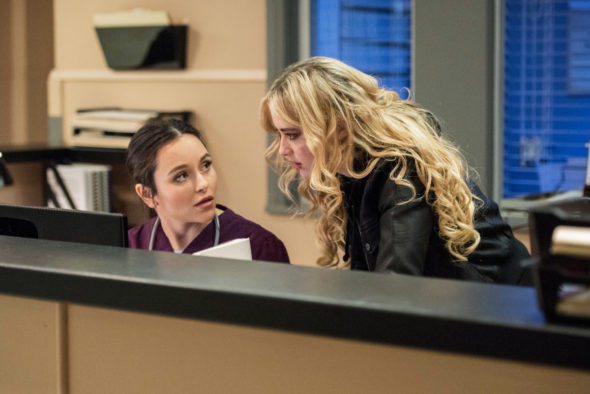 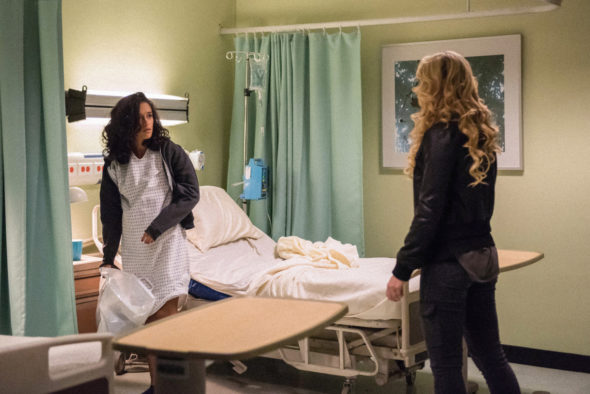 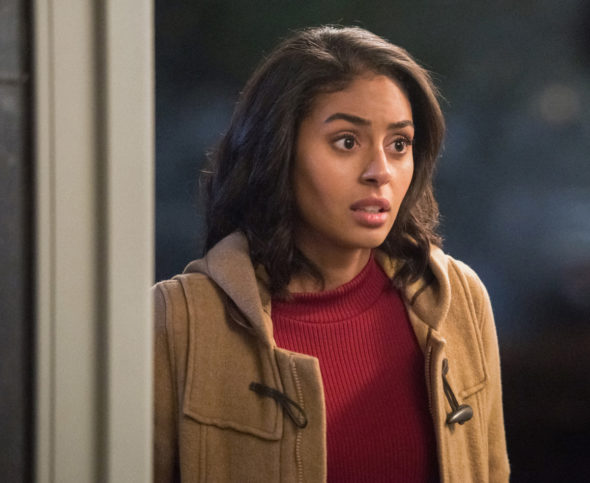 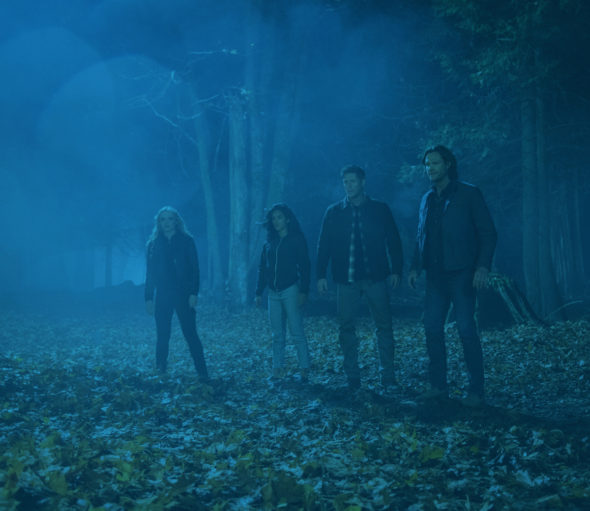 Claire returns and reunites with Alex Jones (guest star Katherine Ramdeen), who has stayed behind with Jody and tries to balance a “normal” life with being a part time hunter. While Jody is happy to have Claire home again, she’s plagued by Patience’s (guest star Clark Backo) disturbing vision involving her adopted daughter.

Claire and Alex search for Kaia Nieves (guest star Yadira Guevara-Prip), the dreamcatcher responsible for opening the rift that Sam and Dean went through, as she holds the key to their whereabouts. Jody calls her friend, Donna Hanscum (guest star Briana Buckmaster), to round out the team and the women head off on the most important hunt of their lives.

What do you think? Are you looking forward to the Wayward Sisters TV show pilot? Are you happy with the title, or should it have been named either Wayward Daughters or just plain Wayward? Do you think it will wind up as the spin-off or sequel to The CW’s Supernatural TV series? Sound off, in the comments.

Really wanted a Jo spinoff. These girls just aren’t attractive. They are all plain & boring. Jo was a hottie, and her character was bad-ass. We’ll see, though. Supernatural has always been one of my favs, so I will definitely give this one a chance.

Think it will be a good addition to an already great show.

Considering fans have been vying for this for years, the sheer momentum of it, the inclusivity – the only people that will hate on this are extreme bro-only stans and even then – guys, it means less characters in main SPN and they move to the spinoff. And when SPN dies, they can still live on! YES, YES, YES, bring us Wayward Sisters.

Fans have most certainly NOT been vying for this. Maybe fans since 2014. Real lifelong fans who have been watching since day 1 wanted a Jo spin-off but they killed off her character too quickly. Wayward Sisters looks like a cheap attempt to hang on to a dying show.

I remember when the fandom movement for this Female-led spinoff was started.
They called it Wayward Daughters, and they even came up with their own design/logo.
Then we got the first shirt campaign, and the WD creators got to sit on a panel at NYCC.
Fandom Tulpa’d this into existence, and I couldn’t be happier.
May Wayward Sisters have many seasons to come!