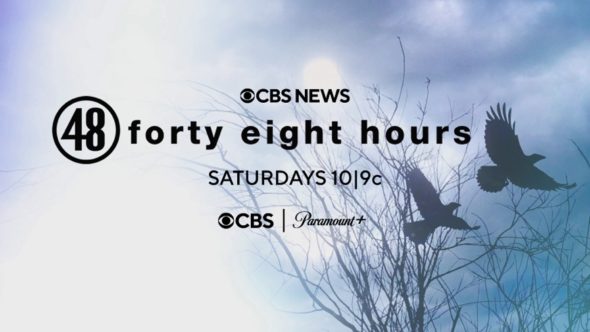 This CBS News series continues to be a staple of the network’s Saturday night schedule and is a consistent performer in the ratings. One has to wonder if it will outlast us all. Still, nothing lasts forever. Could 48 Hours be cancelled, or is it sure to be renewed for season 36? Stay tuned.

A documentary and newsmagazine series, the 48 Hours TV show dives into the most intriguing and compelling true crime cases. The series, which premiered in 1988, has developed a rich history of original reporting and impact journalism that has helped exonerate wrongly convicted people, caused cold cases to be reopened and solved, and, along the way, changed lives. Correspondents include Erin Moriarty, Richard Schlesinger, Tracy Smith, and Peter Van Sant.

Note: It’s worth mentioning that CBS skipped season 32. In their press release about the Fall 2018 premiere, CBS touted 48 Hours’ season 31 debut. A year later, the network announced the show’s Fall 2019 debut and called it season 33. However, on CBS.com and Paramount+, episodes have the correct season designation.

What do you think? Do you like the 48 Hours TV series on CBS? Should it be cancelled or renewed for a 36th season?