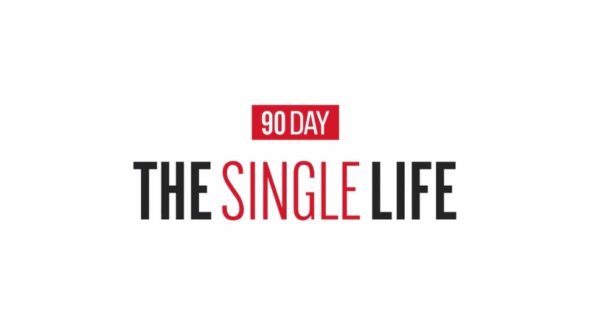 90 Day: The Single Life is returning to TLC and Discovery+ for its third season next month. A trailer has been released for the season, which will follow six familiar faces as they return to single life after failed international romances.

TLC revealed more about the new series in a press release.

Some of the most-talked about names in the 90 Day universe will embark on a mission to prove that when one door closes, another opens. THE SINGLE LIFE premieres Monday, September 12th at 8PM ET/PT on TLC and will be available the same day on Discovery+, the definitive non-fiction, real-life subscription streaming service.

On the brand new season of THE SINGLE LIFE, viewers will follow six determined singles who are diving back into the world of romance after their failed international relationships. Tackling relationship challenges ranging from commitment-phobia to meddling matchmakers to ever-present ex-boyfriends, these six singles are taking another chance on love.

As they re-enter the dating game, these singles will be thrown their fair share of curveballs. Will their budding romances hit it out of the park or, will they strike out once again? Season three will feature the following six singles:

Debbie’s dive back into the dating pool last season on THE SINGLE LIFE may have been a royal flop, but the 69-year-old widow isn’t ready to give up on romance just yet. Single and ready to mingle, Debbie continues her search for a partner who sees her for who she truly is: a fun, loving, kind-hearted woman who dreams of falling in love all over again. Debbie won’t let a few failed dates get her down and with her relationship still on the rocks with her son Colt, she could use the support of a romantic partner now more than ever.

Caesar, 49 (Jacksonville, North Carolina) Most recently featured in Before The 90 Days Season 3

90 Day fans’ favorite nail tech, Caesar, returns to the franchise in pursuit of true love – and this time he’s not going to stop until he finds Mrs. Right. After a failed 5-year online relationship, Caesar is looking for a woman who’s after his heart, not his wallet. With his 50th birthday around the corner, Caesar feels that time is ticking to find the woman of his dreams. Enlisting the help of a professional matchmaker in Kyiv, Caesar is determined to make his next romance stick.

Since leaving her estranged husband Michael, self-described “love needy” Natalie has been on the hunt for a man with whom she can start the family she’s always wanted. An aspiring model, Natalie moved to Florida where she fell for a handsome entrepreneur, who happens to run a modeling agency. The only catch: he already has children of his own from multiple women. Will the pair’s magnetic attraction conquer all or will their baggage prove too much to bear – leaving Natalie back at square one?

After several years of singlehood, 36-year-old Veronica is ready to make her dating scene debut once again. While 90 Day fans fell in love with her fiery personality, potential suitors find it hard to look past the fact that Veronica’s ex-fiance, Tim, is still in the picture because he’s not only her best friend but a father figure to her daughter. As a single mother struggling to find a man who will accept her ex-boyfriend turned bestie, Veronica fears that she’ll end up alone with no one but her cats to keep her company.

Tania, 32 (Colchester, Connecticut) Most recently featured in Happily Ever After Season 5

Free-spirited Tania has traded Connecticut for the scenic beaches of Aruba in the hopes of mending her broken heart. Tania still has a lot to process after ending her marriage to ex-husband Syngin over his disinterest in starting a family, but she’s ready to give moving on the old college try. As she searches the tropics for someone to fill the void left by her lost love, Tania decides to widen her net. She’s open to meeting men, women or any friend who will help her move on from her ex.

Tiffany, 30 (Frederick, Maryland) Most recently featured in Happily Ever After Season 6

The new and improved Tiffany is ready to get back in the dating game after separating from her South African husband, Ronald. With the help of a weight loss surgery, Tiffany 2.0’s confidence is at an all-time high and she is searching for someone who loves her kids as much as she does. She is craving a new romance, but moving on from the man that she spent the last 6 years of her life with will prove more difficult than she anticipated.

Check out the trailer for 90 Day: The Single life below.

What do you think? Are you excited to see this series in the 90 Day franchise?