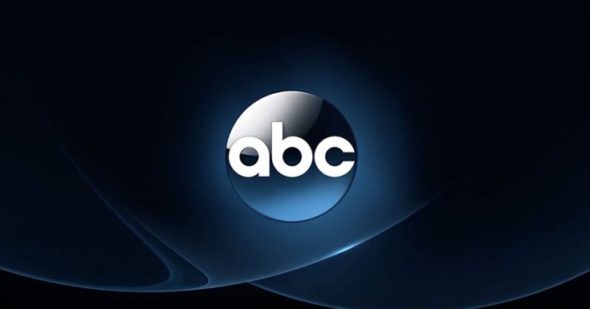 New shows include Alaska, Celebrity Jeopardy!, Not Dead Yet, and spin-off The Rookie: Feds. Additional programming and premiere dates will be announced in the future.

NEW SEASONS OF POWERHOUSE UNSCRIPTED SERIES ‘AMERICAN IDOL,’ ‘THE BACHELOR’ AND THE BELOVED ‘JUDGE STEVE HARVEY’ TO RETURN IN EARLY 2023

“Our fall schedule is a testament to our strong, dynamic programming slate that we’re continuing to nurture with top talent, world-class, award-winning storytellers and marquee titles,” said Erwich. “By capitalizing on the success of our strongest assets, we’re betting on stability while also introducing and investing in key projects that will allow us to build on our momentum as the No. 1 entertainment network for the third consecutive year.”

The network is also leaning into the strength of its Wednesday night comedy block, having renewed its full roster including legacy series “The Conners” and “The Goldbergs,” fan-favorite “Home Economics” and ABC’s No. 1 new comedy last season from burgeoning star Quinta Brunson – critically acclaimed breakout hit “Abbott Elementary.”

The freshman comedy “Not Dead Yet,” starring Gina Rodriguez, will debut midseason, along with the return of the Peabody Award-nominated comedy “The Wonder Years” and the drama “A Million Little Things.”

Additional midseason announcements will be made at a later time.

Show descriptions for new ABC series are below.

ALASKA (Thursdays, 10:00 p.m. ET)
From the mind of Tom McCarthy (“Spotlight”), “Alaska” stars Hilary Swank as Eileen Fitzgerald, a recently disgraced reporter who leaves her high-profile New York life behind to join a daily metro newspaper in Anchorage on a journey to find both personal and professional redemption.

The pilot episode is written and directed by Tom McCarthy.

CELEBRITY JEOPARDY! (Sundays, 8:00 p.m. ET)
“Celebrity Jeopardy!,” produced by Sony Pictures Television, is an all-new game show airing this fall on ABC. This new series welcomes celebrity contestants to compete for a chance to win money for a charity of their choice.

THE ROOKIE: FEDS (Tuesdays, 10:00 p.m. ET)
From the executive producers of flagship series “The Rookie” comes “The Rookie: Feds” starring Niecy Nash-Betts as Simone Clark, the oldest rookie in the FBI Academy. The spinoff was introduced as a two-part event during the current fourth season of “The Rookie,” where Officer John Nolan (Nathan Fillion) and the LA division of the FBI enlist the help of Simone Clark when one of her former students is a suspect in a terror attack.

NOT DEAD YET
From creators David Windsor and Casey Johnson (“This Is Us,” “The Real O’Neals”) and starring Gina Rodriguez, “Not Dead Yet” follows Nell Stevens (Rodriguez), a broke and newly single self-described disaster, working to restart the life and career she left behind 10 years ago. When she lands the only job she can find – writing obituaries, Nell starts getting life advice from an unlikely source. The series is adapted from the book “Confessions of a 40-something F**k Up” by Alexandra Potter.

“Not Dead Yet” stars Gina Rodriguez as Nell, Joshua Banday as Dennis and Angela Gibbs as Cricket.

Casey Johnson and David Windsor are creators and executive producers. Also executive producing is Gina Rodriguez and Wonderland Sound and Vision’s McG, Mary Viola and Corey Marsh. The series is produced by 20th Television, a part of Disney Television Studios.

ABC programming can also be viewed on Hulu.

What do you think? Which new or returning ABC TV shows do you plan to watch during the 2022-23 season.

What happened to Happy Valley, Death In Paradise and Unforgotten?

Worst lineup ever! Glad you kept some good shows but those you added, ridiculous!

Only 9 hours of actual TV programming (i.e. not “reality” dragonshit) on a 7 day programming schedule??

This is really bad. It’s great that ABC didn’t cancel any good shows this time around, but they really SHOULD have cancelled some of the lame ones.