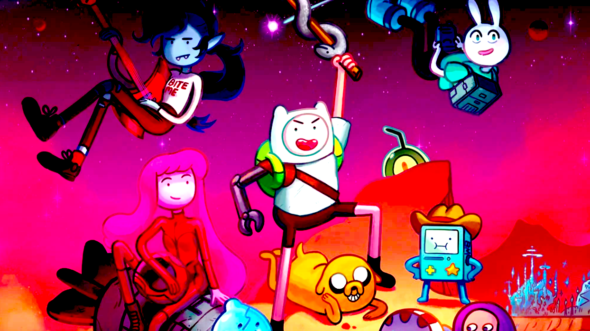 Adventure Time is returning to HBO Max later this month with a brand new special, and a preview for the return has now been released. Adventure Time: Distant Lands will arrive on the streaming service on June 25.

HBO Max revealed more about the special in a press release. Check that out below.

“Return to the Land of Ooo and beyond in Adventure Time: Distant Lands. Based on the animated series Adventure Time created by Pendleton Ward and executive produced by Adam Muto, these four breakout specials explore the unseen corners of the world with characters both familiar and brand new. The first of these specials is BMO, which follows the lovable little robot on a new adventure. When there’s a deadly space emergency in the farthest reaches of the galaxy, there’s only one hero to call, and it’s probably not BMO. Except that this time it is!”

Check out the preview for the Adventure Time special.

What do you think? Will you watch the return of Adventure Time later this month?

Well, I would as I was a fan of the original series but I am a bit confused as to why it’s not going to be on Cartoon Network. I’ve never even heard of HBO Max before, and as usual, there isn’t any advertisement on regular television. If I weren’t looking on this website today, I would have had absolutely no idea that there was even a special planned.