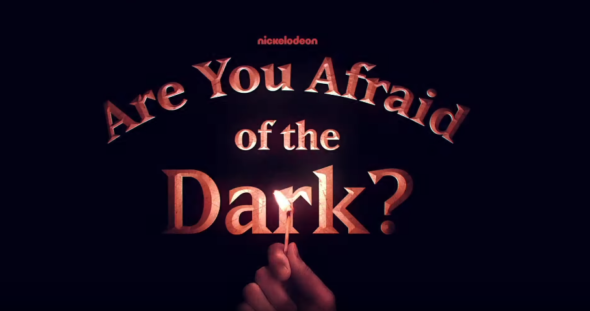 Are you Afraid of the Dark? is gearing up for its third season. Nickelodeon has announced the renewal of the mystery series revival just as production has begun on new episodes. Starring Telci Huynh, Conor Sherry, Luca Padovan, Dior Goodjohn, Chance Hurstfield, and Julian Curtis the new season revolves around a group of kids trying to solve a mystery during their summer vacation to an island resort. Four episodes are planned for the new season dubbed “Ghost Island.”

Nickelodeon revealed more about the return of Are You Afraid of the Dark?:

Nickelodeon’s beloved horror anthology miniseries Are You Afraid of the Dark? will return for a third chapter with all-new members of the Midnight Society, as they gather around the campfire to share another spooky story. Titled Are You Afraid of the Dark?: Ghost Island (four hour-long episodes), season three will follow this new group of kids as they go on what they thought would be a fun summer vacation on a resort island, until they learn about something sinister haunting the guests. Produced by ACE Entertainment, Are You Afraid of the Dark?: Ghost Island has begun production in the Dominican Republic and is slated to premiere later this year on Nickelodeon. The news was announced today by Brian Robbins, President & Chief Executive Officer, Paramount Pictures & Nickelodeon, and Chief Content Officer, Movies and Kids & Family, Paramount+, at Nickelodeon’s annual upfront presentation held at New York City’s Palladium Times Square.

“Are You Afraid of the Dark? is a show that we love to make just as much as the fans love to watch it,” said Shauna Phelan, Co-Head of Nickelodeon & Awesomeness Live-Action. “With this incredibly creative, elevated and award-winning team, we’re thrilled to introduce a new Midnight Society navigating a haunted tropical island mystery.”

The new members of the Midnight Society are: Kayla, played by Telci Huynh (Modern Love, Drama Club); Max, played by Conor Sherry (The Terminal List, The Devil You Know); Leo, played by Luca Padovan (You, “School of Rock the Musical” on Broadway); Summer, played by Dior Goodjohn (Head of the Class); and Ferris, played by Chance Hurstfield (A Million Little Things, Good Boys). Julian Curtis (Wish Man) also stars as Stanley Crane, the hotel manager at the island resort.

Are You Afraid of the Dark?: Ghost Island follows last year’s six-part season, Are You Afraid of the Dark?: Curse of the Shadows, which aired during 1Q21 and was cable TV’s number-three live-action show with Kids 6-11 (behind #1 Danger Force and #2 Side Hustle). The second season of the anthology series saw a different Midnight Society group of kids tell a terrifying tale about a curse that had been cast over their small seaside town, haunted by a villain named the Shadowman. The series has recently received a Writers Guild Award and nominations from the Directors Guild Awards and Artios Awards.”

What do you think? Are you looking forward to seeing more of this Nickelodeon series?

i am looking forward to seeing one of my favorite nick shows back and its scary i really like where there going with this . I hope to see more like this in the future!!!!!!!!!

Good news look forward to seeing it new season this year so good.