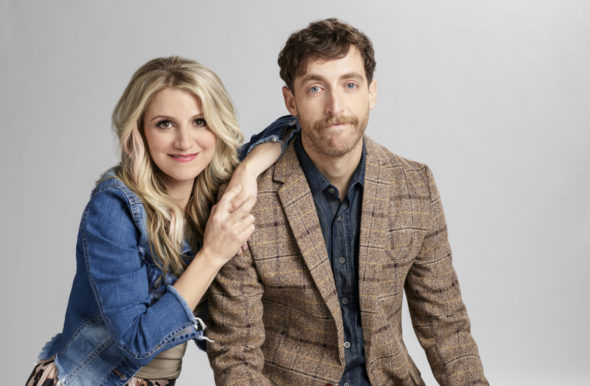 TV show description:
A comedy series, the B Positive TV show revolves around a man with B-positive blood who needs an organ transplant and finds an unlikely match.

Drew (Middleditch) is a therapist and newly divorced dad who is in need of both a new kidney and a social life. He runs into Gina (Ashford), a rough-around-the-edges former acquaintance from his past who volunteers one of her own kidneys.

Together, Drew and Gina form an unlikely and life-affirming friendship, as they begin a journey that will forever affect both of their lives.

What do you think? Do you like the B Positive TV show? Do you think it should be cancelled or renewed for another season?

I love this show, one of my favorite & it should be renewed!!!

It is a great show. I enjoy it more and more each week

Love this show. It should Not be cancelled

I didn’t think I would like this sitcom but I really do! It’s different . It’s great and I really hope it gets a season . I enjoy it

I think it’s dumb! I turn to another channel.

Definitely should be renewed!!! A breath of fresh air and very funny.

WE LOVE THIS PROGRAM! PLEASE RENEW IT!!! THIS IS A DECENT, CUTE SHOW!

B Positive is terrific. Renew it

I like Gina’s performance. She’s so positive, happy, fun, kind. Best part of the show.

Someone needing a kidney transplant is depressing for a sitcom. It would be a good show if the same characters were interacting with each other but without the illness.

I am in renal failure and somethings are not super realistic but for me it’s a fun show to watch. Please don’t cancel it!!!

Tom is really not working for me. I would actually like to see more of the Dialysis actors. That seems like a more fun show. Great seeing Alice and Doc from the 70’s TV shows. For me its not funny like Mom, its not endearing like The unicorn. Its just there.

Me and my daughter love it! Its really funny, and not really a dirty show, so in this day in age, thats super refreshing!

It was just “OK”. We’ll try it again but that canned laughter is soooooo annoying & has to go!