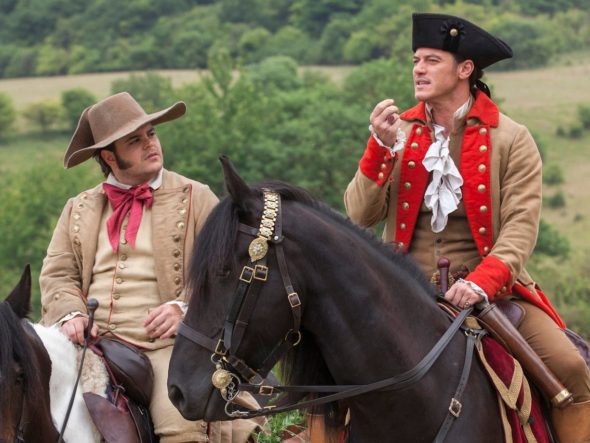 The Beauty and the Beast prequel series isn’t happening, at least right now. There were plans to film the live-action Disney+ TV show this summer but they’ve now been cancelled and the series has been postponed indefinitely.

The project was to star Luke Evans and Josh Gad reprising their roles from the 2017 Beauty and the Beast feature film. Briana Middleton, Fra Fee, Rita Ora, and Jelani Alladin were also cast in lead roles for the show. Ordered in June 2021, the prequel series was to be set in the iconic kingdom, years before the Beast and Belle’s epic romance. The story follows Gaston (Evans) and LeFou (Gad) as they set off with LeFou’s stepsister, Tilly (Middleton). After a surprising revelation from her past comes to light, the unlikely trio sets off on an unexpected journey filled with romance, comedy, and adventure. While the mysteries of the past are uncovered and the dangers of the present grow, old friends and new enemies reveal that this familiar kingdom harbors many secrets.

Deadline reports that the reason for the cancellation of filming was made for creative reasons and scripts and original music wouldn’t be ready in time to shoot this summer. Filming had already been delayed from a spring schedule and delaying production until fall wasn’t an option because of talent availability and weather concerns. The series was to be filmed in Europe and Disney didn’t want to film the musical series in gloomy weather.

The Beauty and the Beast prequel was developed and written by Gad and Once Upon a Time creators Edward Kitsis and Adam Horowitz. The trio was to also serve as executive producers and co-showrunners. Alan Menken was set to write the music and executive produce. Deadline reports that Disney intends to continue working on the series and it likely will eventually be made. It’s unknown if the current cast or creative team will continue to be involved.

On Twitter, Gad wrote, “Sadly, ‘Tis true. We tried to make it all work but under the gun it wasn’t meant to be… for now. These characters and this story will live on, but sometimes the best intentions & reality collide & nothing can be done.” He added, “But… we truly hope we get to make it when our schedules allow.”

Evans added, “This is a very sad message for us to tweet. We are devastated. Goodbye, for now, from Gaston and Le fou”

What do you think? Were you looking forward to watching the Beauty and the Beast prequel series? Are you hoping that it eventually gets made?