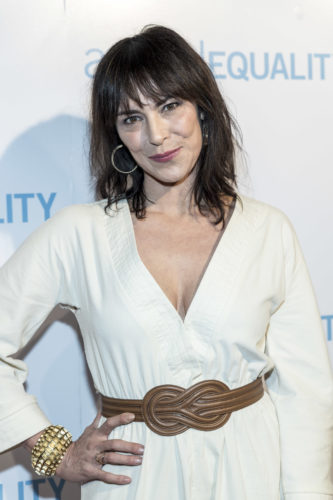 The ABC drama follows what happens after a pair of young girls are kidnapped in Montana and a number of twists and turns ensue. The series returned last week after its winter hiatus.

The newly added actors are connected to another recent cast addition, Ted Levine, who plays a local ranch owner. Deadline revealed more about their roles for Big Sky. Check that out below.

“Forbes (The Killing) will play the mother, Margaret. She seems to be the picture-perfect ranch wife who knows her place, likes to bake and loves all of her children equally, but scratch the surface and there’s real steel beneath.

Robertson (For the People) will play the daughter Cheyenne Kleinsasser. Used to be Daddy’s (Levine) girl, but that ended when she grew up, ran off and made some poor life choices. Her brothers don’t weigh her opinion at all, brushing aside her ideas for the ranch as feminine nonsense. Schmid plays one of her brothers.

Raymond-James (Tell Me a Story) will play first-born son Blake Kleinsasser who turned his back on the ranch and went to the city to make his own way. He’s smart but a black-out drunk, and gets pulled back into the family dysfunction when he comes home to deal with the ranch.

Dorsey (Stumptown) will play younger son Rand Kleinsasser. Rand’s wiry, smart and quiet with a coiled intensity. He loves his mother and hates her in equal parts. Tormented by buried secrets.

Metwally (The Affair) will play Deputy US Marshal Frank Lindor. Or as he puts it; “a bounty-hunter with a pension.” Frank is brash, unbuttoned, and believes life’s too short to wear closed-toed shoes. He uses biting humor and brazenness as armor.”

Big Sky will continue to air its first season on Tuesday nights on ABC. Six of the season’s 16 episodes have aired thus far.

What do you think? Are you a fan of Big Sky on ABC? Are you excited to see these new faces on the drama? Are you hoping for a second season renewal?

Please don’t cancel this show ! This is MUST SEE TV !!!

I love Big Sky and am anxiously awaiting the great news of renewal! Never miss an episode and also rewatch on Demand-

I won’t miss an episode of Big Sky. I really love it.

Love this show, but I was upset that you killed off Cody. Two reasons I started watching this show was that he was on it & Kelley wrote it.

How many people are on this show? Or do they overcast with the expectation that they will kick-off 25-35% of the cast?