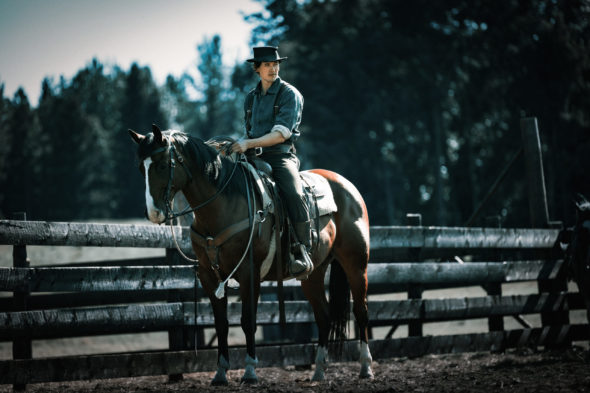 Billy the Kid is headed to EPIX in 2022. The drama series follows the life of the infamous outlaw. Tom Blyth and Daniel Webber star in the series from Michael Hirst (The Tudors). A premiere date will be released at a later time.

EPIX revealed more about the upcoming series in a press release.

“EPIX releases the first-look teaser trailer for its new series Billy The Kid, written by Vikings and The Tudors creator Michael Hirst and starring British actor Tom Blyth (The Gilded Age, Benediction) and Daniel Webber (The Dirt, Escape From Pretoria).

The eight-episode season comprised of hour-long episodes is an epic romantic adventure based on the life of famous American outlaw Billy the Kid (Blyth), also known as William H. Bonney — from his humble Irish roots, to his early days as a cowboy and gunslinger in the American frontier, to his pivotal role in the Lincoln County War and beyond. Webber will play Jesse Evans, another famous outlaw and leader of the Seven Rivers Gang. When they meet, Jesse has already embraced a life of crime: robbing stores and cattle rustling. Billy is attracted to his wild and reckless character and becomes Billy’s doppelganger of sorts — his shadow self, forever inviting him over to the dark side of life.”

Check out a preview for Billy the Kid below.

What do you think? Do you plan to check out this drama on EPIX in 2022?

I can’t wait for this show Billy the kid to come on!!!! So excited!