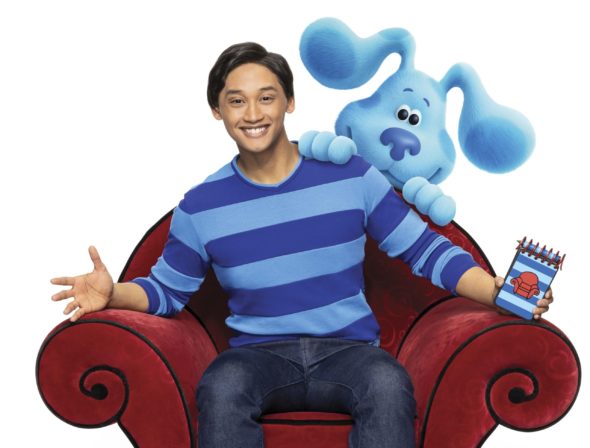 Blue from Nickelodeon’s Blue’s Clues and Blue’s Clues & You series is getting the feature-length treatment with a new film. Blue’s Big City Adventure will be released next month on Paramount+. The movie will feature all three hosts – Josh Dela Cruz, Steve Burns, and Donovan Patton – of the series joining together. BD Wong, Ali Stroker, Taboo, Alex Winter, Phillipa Soo, and Steven Pasquale will guest.

Paramount+ revealed more about the film in a press release.

“Paramount+ today released the official trailer and key art for its upcoming original kids and family film BLUE’S BIG CITY ADVENTURE. The feature-length “Blue’s Clues & You!” film is a sing and dance-along musical spectacular for the whole family, featuring all-new songs and choreography with the show’s beloved hosts and fan-favorite animated characters. The movie also features special star appearances by BD Wong, Ali Stroker, Taboo, Alex Winter, Phillipa Soo and Steven Pasquale. The film will be available to stream beginning on Friday, Nov. 18, exclusively on Paramount+ in the U.S., Canada, U.K., Latin America, Australia, and rolling out later in the year in Italy, along with additional international territories in 2023.

BLUE’S BIG CITY ADVENTURE follows Josh (Josh Dela Cruz), who gets the opportunity of a lifetime to audition for Rainbow Puppy’s (Brianna Bryan) Broadway musical, and Blue (Traci Paige Johnson) as they skidoo to New York City where they meet new friends and discover the magic of music, dance and following one’s dreams. The entire “Blue’s Clues” crew is reunited for this special movie event, with the beloved animated friends and all three hosts – Josh, Steve (Steve Burns) and Joe (Donovan Patton) – together for the first time in the Big Apple.

Check out the trailer and key art for the film below. 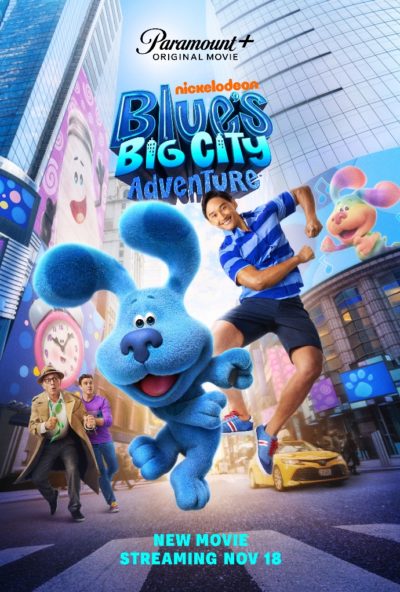 What do you think? Are you or someone in your family planning to check out the film on Paramount+ next month?