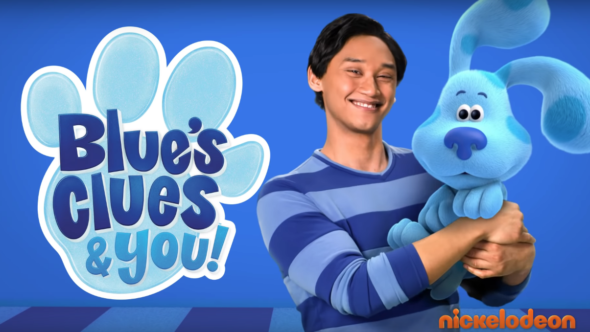 Based on the hit preschool series, Blue’s Clues & You will follow host Joshua Dela Cruz and his puppy pal, Blue, as they solve puzzles and mysteries with their friendsTickety Tock, Slippery Soap, Shovel, Pail, Cinnamon, Paprika, Felt Friends, Sidetable Drawer, and more.

Blue’s Clues & You debuts on Nickelodeon. on November 11th. The series will feature the return of former hosts Steve Burns and Donovan Patton.

What do you think? Did you watch Blue’s Clues as a kid? Do you think kids will watch the reboot?

When will the videos of blues clues with Josh go on sale?