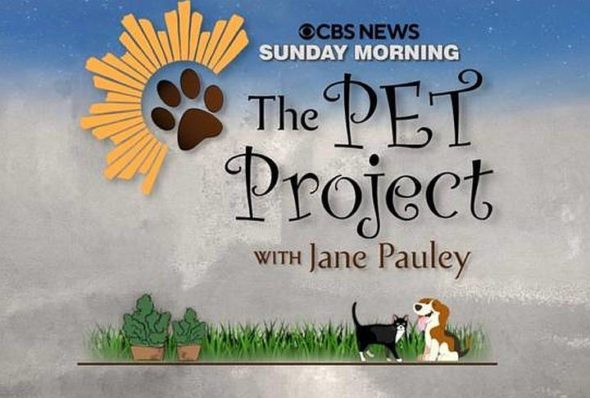 CBS Sunday Morning is headed to primetime with a brand new special focusing on animals and people’s love for their pets. The special will air on Friday, November 27th, and Jane Pauley is hosting.

CBS revealed more about the special in a press release.

“CBS News’ CBS SUNDAY MORNING will celebrate America’s love of animals in all shapes and sizes in a one-hour primetime special, SUNDAY MORNING: The Pet Project, to be broadcast Friday, Nov. 27 (9:00-10:00 PM, ET/PT) on the CBS Television Network.

Anchored by Jane Pauley, The Pet Project looks at all aspects of our passion for pets – from viral videos online and family pets to a visit with Bindi Irwin and her siblings, who are carrying on the mission of their late father, the animal conservationist and “Crocodile Hunter” Steve Irwin, who died tragically in 2006.

“Pets and animals are such an important and often overlooked part of American family life,” said Rand Morrison, executive producer of CBS SUNDAY MORNING. “Our team has put together a fun and fascinating look at animals, and set out to answer why we love them so much.”

The broadcast will also feature a fun look at owners who – in time – actually seem to begin to resemble their pets, along with a history of presidential pets, a report on the growing interest in pet “cloning,” and a visit with the adorable giant panda cub born this past August at The National Zoo in Washington, D.C.”

What do you think? Are you a fan of CBS Sunday Morning? Will you watch this primetime special later this week?

Please tell me when the pet special will air again.
I missed it even though I was on the lookout for it!

I forgot to record this special and missed it. Will it replay?

Missed it, will it be replayed?

My husband and I love Jane Pauley and try to never miss CBS Sunday Morning. Can’t wait to see the Pet Project. Our pets are a huge part of our lives!

I watched CBS Sunday morning yesterday. I always have loved this show. However, the show yesterday featured restraunt and other businesses closing due to the virus. Also featured hunger due to the Corona virus. Then there was a commercial for Cadillac. Who is in charge? Really, CBS, such poor taste and poor judgement.

Well, I sure do love our 2 big dogs so I’ll be watching.

Anything CBS Sunday Morning and Jane Pauley do is always of excellent quality, meaningful content and gets you thinking or feeling and sometimes acting. Thank you for a subject that will touch so many and be wonderful for kids to watch, too. Yes, I will be recording/watching!
San Diego County, CA