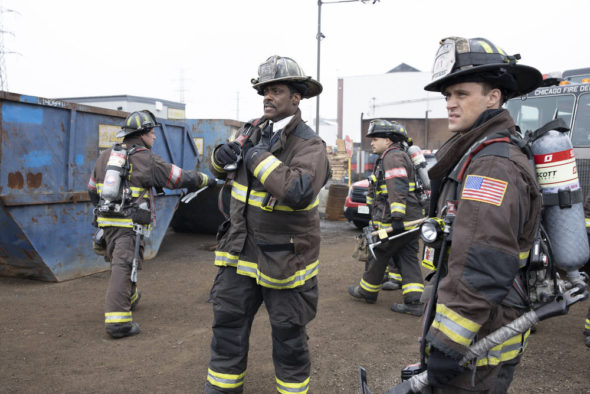 “I’m not abandoning them.” NBC just released a new teaser for the fall premieres of Chicago Fire, Chicago Med, and Chicago PD.

From Dick Wolf, the three drama series focus on the first-responders in America’s Windy City. Chicago Fire is headed into its ninth season, Chicago Med into its sixth season, and Chicago PD into its eighth season. 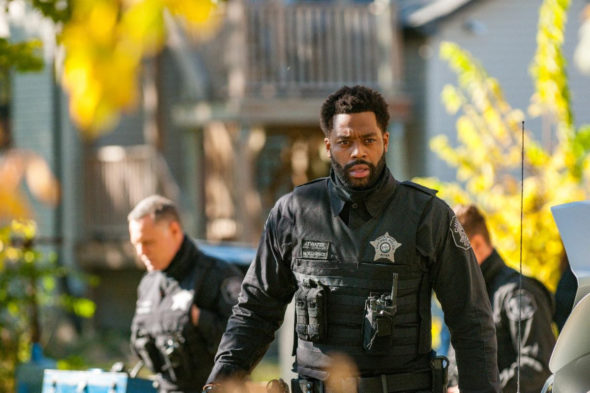 CHICAGO P.D. (10-11 p.m. ET)
“Fighting Ghosts”
SEASON 8 PREMIERE — The team responds to the shooting of a 5 year old girl and they must work the case while facing new obstacles that come from the heightened attention on police reform. Atwater is targeted by a group of officers who want to hurt him for standing against the blue wall. Voight questions whether he’s cut out for a new form of policing as he manages oversight from the CPD’s deputy superintendent. 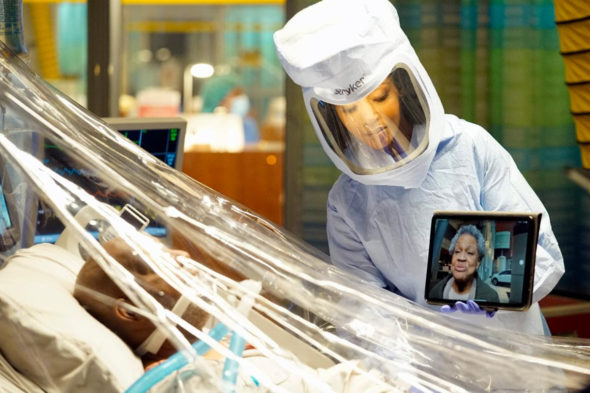 CHICAGO MED (8-9 p.m. ET)
“When Did We Begin to Change”
SEASON 6 PREMIERE — The entire staff at Chicago Med adjusts to the new normal of the pandemic. Dr. Choi, Dr. Lanik and April fight on the front lines. Dr. Halstead and Hannah face a troubling reality. Dr. Charles tries to clear the air with his daughter following recent developments. 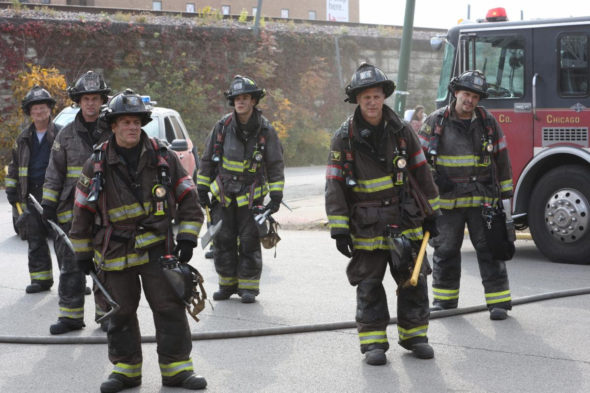 CHICAGO FIRE (9-10 p.m. ET)
“Rattle Second City”
SEASON 9 PREMIERE — Firehouse 51 welcomes a new member to the team, whose presence could provide some complications. Brett’s leadership shines during a scary call. Boden sees great potential in Kidd and proposes an idea that could have lasting repercussions.

What do you think? Do you watch Chicago Wednesday on NBC? Are you excited for the new seasons of these drama series?

Why are all the Chicago shows off after tonight 11/18/20 till January 2021..after only returning a few weeks ago? Thanks..

I am looking forward to see all three shows when they come back on.

We are very excited to finally have some normalcy and can’t wait to see the Chicago trio return on Wednesday!

Absolutely love all three plus s v u I get sooooo excited to watching them. Can’t wait till they all come back on uk tv whenever that may be? X

Love all these shows from Australia

When will the new season 9 of all Chicago come on UK tv?

Love all the Chicago shows on Wednesday, can’t wait

Chicago Fire is the best only show out of 3 shows like a lot don’t care for others. Same with Arrowverse shows love The Flash is so good never missed single episodes.